Banská Bystrica prepares for the celebration. 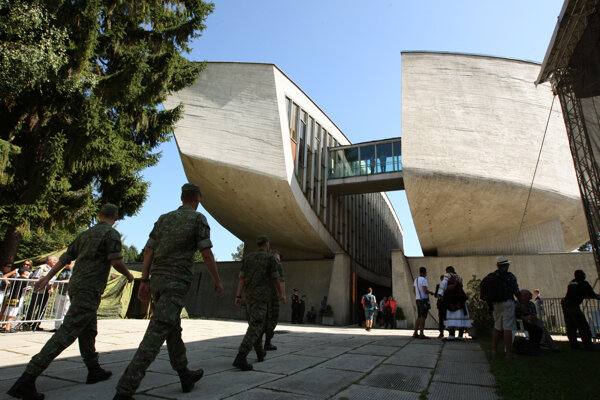 On August 29, Slovakia will mark the 75th anniversary of the Slovak National Uprising (SNP). The celebration will take place in Banská Bystrica, the city which played a pivotal role in the SNP.

The novelty of this year's celebration is a multimedia exhibition about SNP, ceremonial military parade and evening programme with videomapping. There will be a mobile post office with postal stamp dedicated to the 75th anniversary of SNP.

The programme will start at 10:00 with a flight of the Armed Forces and wreath laying. There will be speeches by the highest constitutional officials alongside a rich cultural programme, including a Bratislava Hot Serenades concert that specializes in the authentic interpretation of the jazz music of the 20’s and 30’s.

The military parade to commemorate the heroes who fought for the same principles and ideas, which are pillars of military traditions of Slovakia today – the fight for peace, democracy, equality and against fascism - will take place from 15:00 to 16:30. 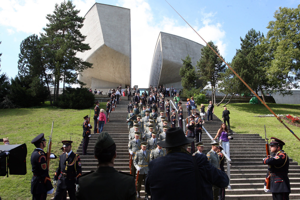 More than 1,500 troops will attend the parade, including ground troops, air force, members of forces for special operations and military police. Altogether, there will be 200 pieces of machinery, including 15 pieces of air technology.

In the evening hours from 20:30, there is a cultural programme, including performers like Kristína, Miro Žbirka, Desmod and folk ensemble Lúčnica and SĽUK.

Those who will come to SNP celebrations by train can use a discounted ticket – they will pay a only one-way ticket to Banská Bystrica and the way back will be free. The train ticket should be marked by the stamp of the organiser from the cash desk of SNP Museum in Banská Bystrica or at the Banská Bystrica – mesto railway stations.

On the same day, an euro souvenir banknote with the motif of the SNP Museum will be introduced. There will be 10,000 pieces and those interested can buy up to three.

The remains of unknown uprising soldier will be laid at the monument at 17:00 and programme at the eve of the SNP anniversary will conclude with a concert of the State Opera.

Thank you for singing up. Shortly an email will be sent to the address you provided to verify your e-mail.
Error! Please try to register again later, your e-mail was not registered.
Your email is not in a correct format.
Please confirm you are not a robot.
Share on Facebook (154)Comments disabled