People can buy condoms or alcohol testers among other things at any hour. 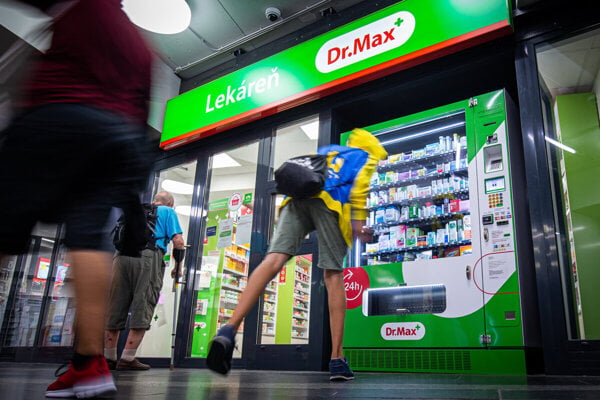 People in the underpass at the Trnavské mýto crossroads in Bratislava can now purchase medical aids after the nearby pharmacy is closed. They can use a new medical vending machine, installed in early August.

The machine, the first of its kind in Bratislava, sells food supplements and some other medical aids, including condoms, pregnancy tests, alcohol testers, and baby food, as reported by the Sme daily.

Still, people cannot buy prescription drugs or any other medicine from the vending machines. These are available only at the nearby pharmacy.

“Various products containing vitamins and minerals along with cosmetics can be sold outside the pharmacy,” Health Ministry spokesperson Zuzana Eliášová told Sme.

The vending machine is serviced by a company that runs the network of Dr. Max pharmacies in Slovakia, falling under the portfolio of the Penta financial group.

It has not been used by many people so far, as claimed by pharmacy workers. Despite this, the company is planning on installing four other vending machines by the end of 2019, Sme wrote.

Not everybody is satisfied with the vending machine.

"We are convinced that any steps pushing pharmacies towards retail are undesirable," said Ondrej Sukeľ, chair of the Slovak Chamber of Pharmacists, as quoted by Sme.

He has also warned against risks and contraindications that can be linked to the products sold by the machines.

Peter Sedláček, spokesperson of Dr. Max, said that sometimes there are clients who do not want to discuss their problems with pharmacists. Moreover, the vending machine can be used by those who do not find the pharmacy open, he added for Sme.

Thank you for singing up. Shortly an email will be sent to the address you provided to verify your e-mail.
Error! Please try to register again later, your e-mail was not registered.
Your email is not in a correct format.
Please confirm you are not a robot.
Share on Facebook (224)Comments disabled