Blog: How I fainted during my first blood donation and why I will try it again

Foreigners with permanent or temporary residence can donate blood too. 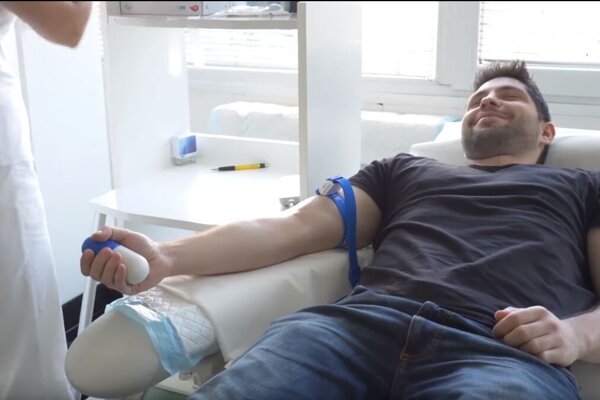 “Could you be an actor in my video about blood donation?” my fellow reporter at the Slovak Sme daily asked me one day. “We want to point out the decreasing numbers of donors during summer months.”

The question struck me since I had never thought about blood donation before. I have never had serious health issues despite those I brought on myself by careless sport activities. I should be an ideal donor and yet I never tried before.

I felt ashamed and I said yes. I would gladly donate my blood.

Alcohol and work out

A few days passed and my ignorance overcame me once again. I started to study prevention measures related to blood donation an evening before I was supposed to go there. 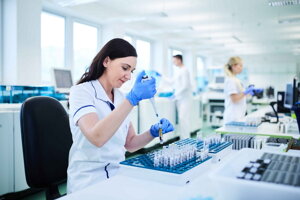 I visited the website of Slovak National Transfusion Service and started to read.

“Don’t drink alcohol at least 12 or 14 hours before donation and don’t be exposed to high psychological or physical stress such as working out at the gym,” I read the recommendation with a glass of red wine in my left hand, still shaking after six series of bench presses combined with shoulders exercises.

“I should have read this sooner,” I told myself and rushed to bed to get enough sleep – another piece of advice from the website.

Unsurprisingly, my sleep was poor, the garbage collectors woke me up early and I could fall asleep again.

When I came to the department of the National Transfusion Service in Bratislava in the morning I was tired but excited at the same time. Soon another reporter and camerawoman arrived and we started shooting.

It was over soon

Firstly I had to fill a questionnaire, which was several pages long. They basically asked me about the health issues of myself and my family. Then the doctor took a sample of my blood and told me that I’m O-positive, which is good because my blood can help everyone with positive blood types.

“It means you should suck me dry as often as possible,” I tried a joke, keeping in mind that we are filming and needs to be entertaining.

Then another doctor consulted with me all the issues I mentioned in the questionnaire. It went smoothly and I finally got to the room with the blood sucking machine awaiting me. The nurse told me that she would take 450 ml of my blood and that it would take five to fifteen minutes.

“If you have any strange feeling such as nausea, increased heart rate or sweating, tell us. You are a first-timer so don’t play the hero,” the nurse said.

It sounded horrific but went well. I lay on the bed for about ten minutes with a needle in my right hand and suddenly she told me that it was over.

After they pulled out the needle I told them that I felt sick. That was the last thing I remember. I had a strange dream about doctors dancing around me. When I opened my eyes two doctors and two nurses were standing near me.

The head of the department held my hand and rubbed my knee.

“What happened,” I asked.

Getting onto my feet

They told me that I passed out for about five seconds and gave me an infusion to bring me to my feet. The rest of the film crew had gone out.

“Even my girlfriend doesn’t care about me as much as you do now,” I told the doctor who was still holding my hand.

They gave me two infusions and then I was able to walk away. I got myself some tea and a baguette to get my strength back.

What surprised me most was a call I received a few days later. The head of the National Transfusion Service in Bratislava called me.

“I just wanted to know if everything is all right,” she said. “We care about our donors who… had complications.”

I replied that I’m fine and that I’m ready to return as soon as possible. I’m still a healthy person who can help people with his blood.

“But this time I will read the recommendations sooner and with more interest,” I told her.