Park in shape of Slovakia has highway and tunnels, too 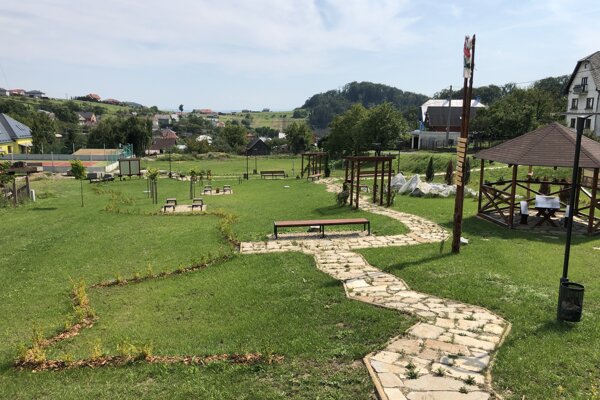 A park in Červená Voda village in the county of Sabinov has the shape of Slovakia. The village used a free space behind the local authority building.

The land has an incline similar to Slovakia. The inclined part is northern Slovakia, the Tatra Mountains and Prešov surrounding it. The borderline is depicted by a box tree. The regions are marked with black parts. The regional towns are located in their actual area and marked with stones and names. Paths represent the highways.

“Though the highway between Bratislava and Košice has not been built yet, we have it in Červená Voda,” said Pavol Džačovský, mayor of Červená Voda, as quoted by the TASR newswire.