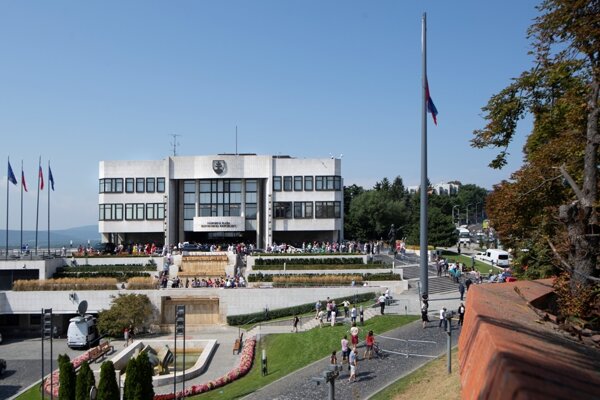 The Slovak flag has already been flying from the pole situated in front of the parliament. It was raised on the occasion of Constitution Day, which falls on September 1 in Slovakia.

On the very same day, the parliament usually opens its doors to the public, and this year was no exception.

“I’m convinced that this open doors day has a meaning since it offers the public the chance to see people they usually see on television and observe them working,” said Speaker of Parliament Andrej Danko, as quoted by the TASR newswire.