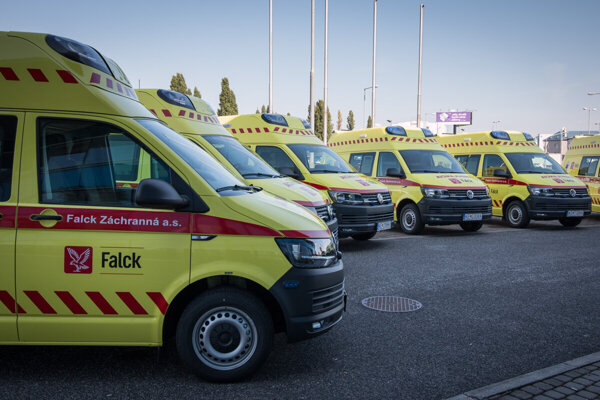 The tender to replace the operator of the biggest network of ambulances in Slovakia, Falck, has raised several questions. As the Sme daily reported, the winner of the tender, LSE – Life Star Emergency from Limbach (Bratislava Region), had links to several members of the commission that decided on the result.

Former colleagues from the ministry

LSE – Life Star Emergency will operate 107 of 328 emergency service stations, making it the biggest operator of ambulances in Slovakia. Before the tender, run by the Health Care Surveillance Authority (ÚDZS), it ran only 30 stations.

The biggest operator for years was Falck Záchranná, whose owner unexpectedly decided to leave the market in mid-July.

The current owner of LSE – Life Star Emergency is Miroslav Micski. In the past he did business with one of the committee members, ex-state secretary of the Health Ministry, Mário Mikloši, Sme wrote.

In addition, Mikloši had two former colleagues from the ministry sitting in the commission: Peter Salon and Marianna Kozmannová. This means that the three had a majority, according to the daily.

The Health Ministry is ready to interfere.

“Based on the information from the media, the ministry is considering the filing of a criminal complaint against the unknown perpetrator,” said its spokesperson Zuzana Eliášová, as quoted by Sme.

Dušan Zachar, analyst with INEKO think tank, has some doubts as well. To make the whole process transparent, it is necessary to publish information on how the commission was selected, the conflicts of interests of its members and how it gave points to the bidders, Sme wrote.