Survey: Most teachers would recommend fake news media to pupils

Tabloids are the least reliable media, teachers claimed in the poll. 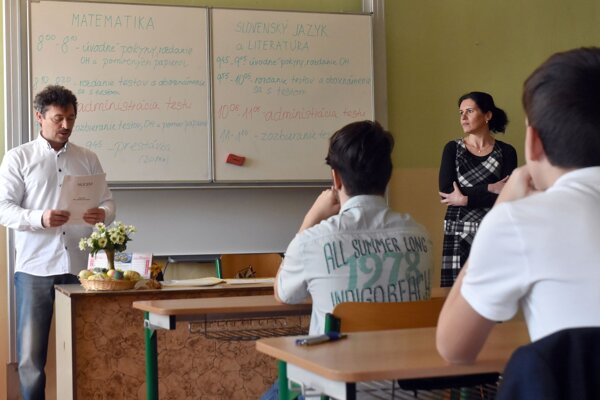 Most Slovak teachers would recommend disinformation media, including Zem a vek and Hlavnespravy.sk, to schoolchildren. (Source: TASR)
Font size:A-|A+81

If a teacher was asked to recommend media with trustworthy information on foreign and home affairs to schoolchildren, what media would they name?

The survey, conducted by the Focus agency for the People to People project, shows teachers that would recommend the news website Aktuality.sk at 66 percent, and the Hospodárske noviny daily with its website at 58 percent, as reported by the Denník N daily. These are widely seen as ethical and reliable.

But Hlavnespravy.sk, one of the most popular disinformation online websites in Slovakia, came third in the survey: 57 percent of teachers surveyed named it as a trustworthy source they would recommend to students. Another disinformation medium, Zem a vek, came fifth with up to 53 percent.

“The survey does not have to necessarily suggest half of teachers are conspirators,” said Jakub Goda who was the first to report on the findings. Many teachers, however, fail to keep track of the media and have adopted a lax attitude towards the selection of sources, he added.

The difference in disinformation media