Marian Kočner will be tried in Bratislava on Monday. There are rumours he might try to run. 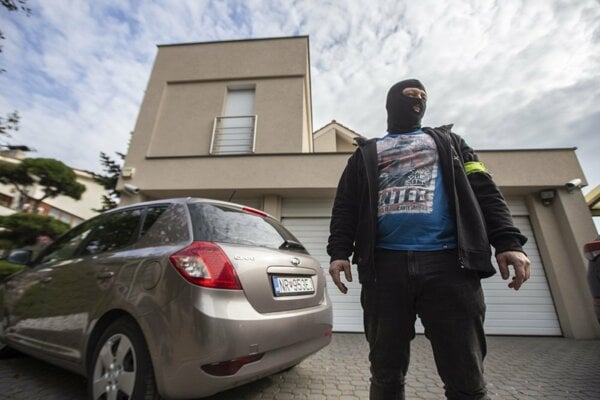 Police operatives are working with the information that Marian Kočner might attempt to escape during his transport to the court session regarding the promissory notes in Bratislava on Monday.

Sources close to the investigation confirmed this to be the case to the Sme daily.

Kočner is in custody under a special regime. This is why he was not transported by bus with other prisoners from Leopoldov, where he is currently in custody, to Bratislava, where his trial takes place on Monday, September 9. The trial was moved to Bratislava after the management of the Prison and the Judiciary Guards Corps said it was too risky to transport Kočner to the Specialised Criminal Court in Pezinok, where the first set of the trial sessions took place in August.

Strict security measures will accompany the transport. The police and the judiciary guards declined to specify what they will be. In the past, for instance, Kočner wore a bullet-proof vest during transport.

“The police do not publish concrete information about the transport of persons due to security and tactical reasons,” Police Corps spokesperson Denisa Baloghová said. 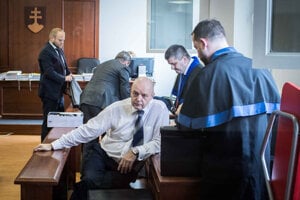 Prison head had to explain Bödör

Opposition Freedom and Solidarity MP Jozef Rajtár also referred to suspicions that Kočner might try to escape. He pointed to the fact that not just the prison guards but also Kočner himself struggled to have the trial moved to Bratislava, as opposed to holding it in Pezinok.

“The directorate acted in line with what Marian Kočner wanted,” Rajtár said on September 4. “The head of the corps is Milan Ivan, who recently worked for a company with ties to Norbert Bödör.”

Norbert Bödör is the son of the head of the Nitra-based security company Bonul. Based on the findings of the police so far, he used to inform Kočner about the steps the police were taking. Until May 2019, Bödör was part of the BI Invest company, controlled by Milan Kreškóci and Peter Kuppé. These entrepreneurs also own the Inpek construction company, where Ivan served as business director. There is thus not a direct link between Ivan and the Bödörs.

Ivan denies being a “Bödör person”, and says that he never worked for the man and does not know that the company that he was employed in had any links to the company of Bödör.

If the judicial guards corps is to carry out the escort of Kočner, and the Bödörs are informed about its whereabouts, anything could happen, says retired colonel Vladimír Mužík. He worked for the judicial guards for 33 years and during his career he served as director of prisons in Nitra and in Leopoldov.

“The only chance for the escort to be successful is that it will be carried out exclusively by the police, at an unspecified time, so that the information about the escort does not leak to the other side,” Mužík said.

How the escort takes place