Chamber music festival Konvergencie kicks off with a special concert 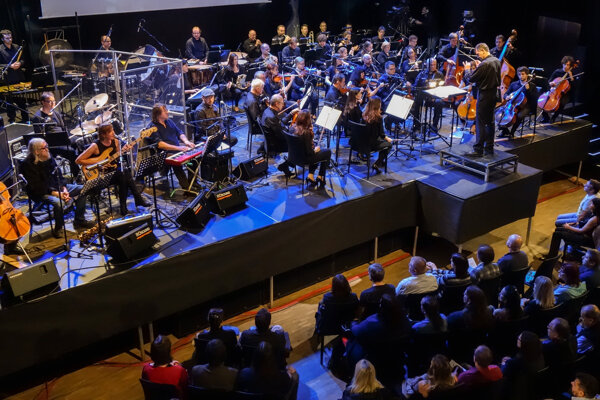 The Plastic People of the Universe and Brno Philharmonic concert in Brno in 2018 (Source: Zbyněk Maděryč/Konvergencie)
Font size:A-|A+9

The popular chamber music festival, Konvergencie, is returning to Bratislava this September, where it will celebrate 20 years.

The iconic Czech band, The Plastic People of the Universe (PPU), got the festival going with its special and remade 1981 programme on September 11 at P. O. Hviezdoslav City Theatre in Bratislava.

“The project has a completely specific and original atmosphere, musically and lyrically: an atmosphere of uneasiness, spiritual oppression, as well as special archaism and pathos,” said composer Michal Nejtek, as quoted in the press release.

The project is dedicated to the 30th anniversary of the Velvet Revolution. The Brno Philharmonic will join the band on this special occasion.