In science things often go wrong, sometimes for a long time, but these failures can lead to something beautiful, says 2016 Nobel Prize Laureate Ben Feringa. 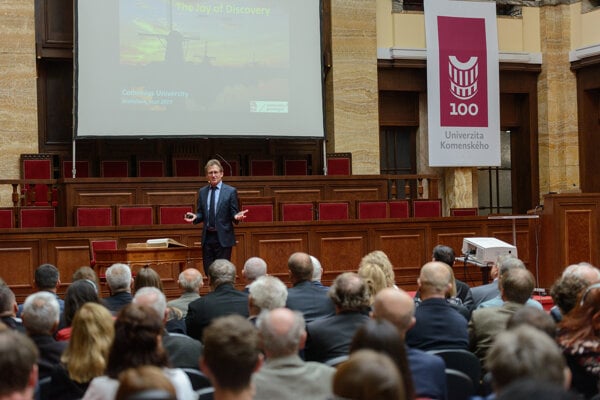 Ben Feringa was 20 years old when he made a brand new molecule. It turned out to be of no use, but that did not disappoint him. Feringa still remembers how proud and happy he was about his discovery. His career as a scientist has been paved with several moments of disappointment and frustration, yet he never lost his passion for science and joy of discovery. In the end, he was awarded the prize every scientist dreams of.

The Slovak Spectator spoke with Ben Feringa, who with J. Fraser Stoddart and Jean-Pierre Sauvage was awarded the 2016 Nobel Prize in Chemistry for the design and synthesis of molecular machines.