Tired of planes, trains and automobiles? Take a boat from Bratislava to Vienna

River traffic began to operate on the Danube nearly 200 years ago. The steam driven boats would take many hours but today the sailing between Bratislava and Vienna takes just under two. 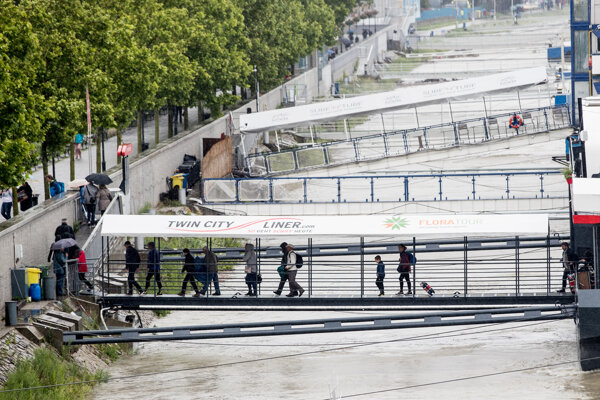 An often overlooked passenger route between Bratislava and Vienna is the River Danube itself.

Boats began to regularly operate on the Vienna - Bratislava - Budapest route 189 years ago, when on September 14, 1830, Bratislava became one of the new passenger transport links between the important centres of the Austro-Hungarian Monarchy. In those days the downstream navigation of the Danube took fourteen and a half hours while the upstream route took two days. Today, according to the SITA newswire, the cruise from Bratislava to Vienna takes an hour and three quarters.

Only one Slovak carrier, Twin City Liner, operates along the Danube between Bratislava and Vienna and its excursion cruisers leave the Slovak capital from the passenger quay located on the Fajnorovo embankment between the SNP Bridge and the Old Bridge in the city ​​centre.