Poll: Smer is still on top

Freedom and Solidarity show a marked decrease after internal quarrels. 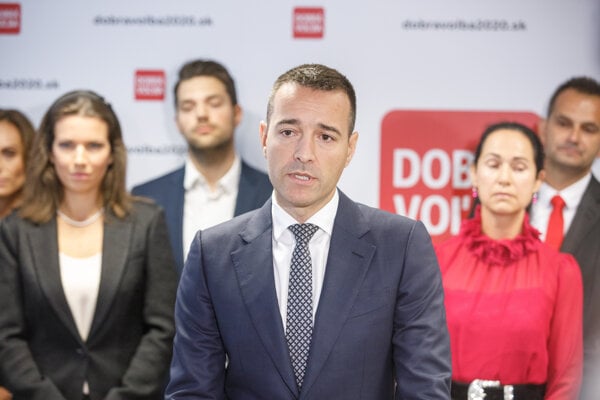 If the general election took place in mid-September, Smer would win with 21.7 percent of the vote. This result is nearly 1 percentage point better than their result in mid-August.

The strongest opposition party remains the coalition of Progressive Slovakia (PS) and Spolu (Together) with 13.3 percent, according the Focus poll carried out between September 11 and 17 on 1,027 respondents. This was a drop from August’s 14.9 percent.

Next comes the far-right Kotleba – People’s Party Our Slovakia (ĽSNS) with 10.6 percent, 0.8 percentage points less than in August.

Sme Rodina (We are Family) would receive the support of 7.2 percent, followed by the non-parliamentary Christian Democratic Movement (KDH) with 6.9 percent. The junior coalition Slovak National Party (SNS) and the opposition Ordinary People and Independent Personalities (OĽaNO) would get 6.8 percent each.