When I say I have a wife, people think I’m making a language error

I feel privileged. Other people in same-sex relationships in Slovakia might be more sensitive about negative reactions, because they feel that this is their nation speaking to them. 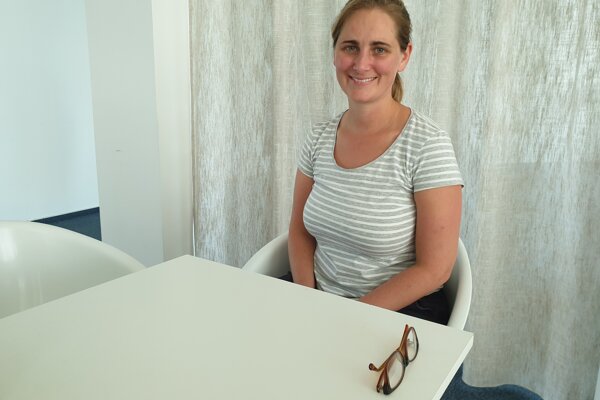 When she tries to speak Slovak and mentions her wife, people keep correcting her. They think she has made a language error. Flo Symington Maar (36) is a Brit who moved to Slovakia with her Slovak wife. She works for the Teach for Slovakia project and they have a son.

The Slovak Spectator (TSS): How did you meet your Slovak wife?

Flo Symington Maar (FSM): It was 2010. When I finished uni, I joined Teach First and I was teaching in a school in southern London. She joined the school as a new member of staff. So, we met and about a year later we started dating. And two years later, we left the UK. We were looking for jobs internationally.

TSS: Why in Slovakia?

FSM: Initially, we lived in Paris a little bit and we were looking for interesting jobs in the field of teaching development. We lived in Delhi, India, but it didn’t work out well, so we moved to Thailand and lived in Bangkok for half a year. Teach for Slovakia was just being born then, so Anna reached out to a project manager and said she was interested. It happened very quickly.

TSS: What did you think about living in Slovakia just before you moved here?

FSM: Because I lived in another strange country at that time, this felt more like coming home. It was back to Europe, back to the EU. Coming back to Europe felt more familiar, more understandable and much easier to stay connected with friends and family. I can fly to the UK if a baby is born, for a big family party, but from Thailand I missed events, and became more distant.

TSS: Were you familiar with Slovakia before you came to live here?

FSM: I visited with Anna a few times. At least three times, we stayed with her grandma, so I had an idea about the country.

TSS: So you were finally here, going through all the bureaucracy at the Foreigners’ Police, in a strange country with little knowledge of the local language, your wife your only support. How was it?

FSM: Well, difficult. The bureaucracy was infuriating but I really feel it is getting better over time. We lived with Anna’s cousin, we had this work we have been really passionate about and a great group of people from work, but at times I felt isolated and very conscious about the language and cultural barrier. Most of the times, I did not feel like that, though. I felt like a part of the team, doing things I wanted to do.

TSS: Have you ever thought, let’s pack up and move somewhere else?