Imparato: We are more than satisfied with the Trnava plant

Electric Peugeot 208 will be produced only in Trnava for now. 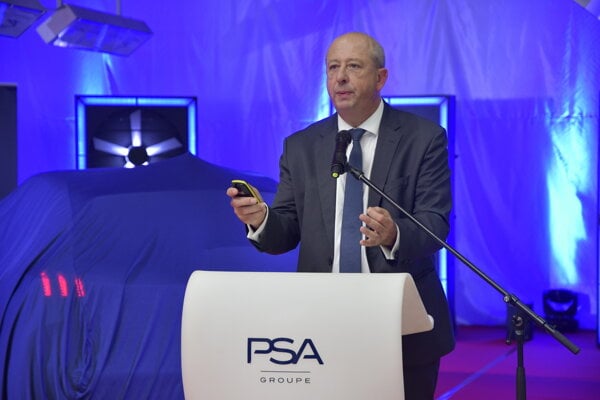 Instead of attending the Frankfurt Motor Show, one of the most important car shows in the world, the global boss of the Peugeot brand, Jean–Philippe Imparato, went to Trnava to attend the showcasing of the first electric car the French carmaker is producing in Slovakia.

“Preparing the launch of the Peugeot 208 is far more important than being on the stage in Frankfurt,” said Jean–Philippe Imparato during an interview. On September 11, the carmaker showcased the electric version of the new generation of the Peugeot 208 model it manufactures only in Trnava.

The Slovak Spectator spoke with Imparato about the Trnava plant, electric cars, the changing model of car usage and more.

TSS: The Frankfurt Motor Show was the greenest in the history of car shows. Does this mean electric cars are the future of the automotive sector? 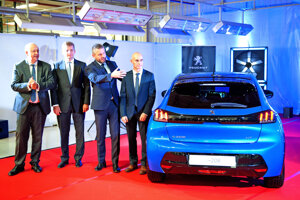 Jean–Philippe Imparato (JPI): I don’t know what stage we are putting the future in, but in the next 5-10 years, the answer is yes - or maybe. PSA Groupe is switching to the full electric range of products. In terms of the brands Peugeot and Citroën, we will electrify 100 percent of the line-up; each and every time we launch a car of the Peugeot brand, this car will be electrified. We see that today with the first launch of the B-segment offer of Peugeot 208, which will be petrol, diesel and electric in two to three months maximum. In January 2020, we will launch the new Peugeot 2008, which will be offered with petrol, diesel and electric propulsions, too.

With Peugeot, we decided to work with a specific strategy - that is not launching a specific electric line-up or electrifying a specific car. Our strategy is to build cars on a multi-energy platform. This gives the customer the power of choosing which propulsion they want based on where they live, their personal conviction and the local regulations of the city.

TSS: Will the electric version of Peugeot 208 be produced only in Trnava?

JPI: The production of the electric Peugeot 208, assembled on one production line together with its petrol and diesel versions, was launched firstly in Trnava. We will see after the end of the month whether we will expand. But the centre will remain in Trnava.

TSS: Why did you choose Trnava for the production of the electric version of the Peugeot 208?