Coordinators have unanimously approved Slovakia's nominee for the post. 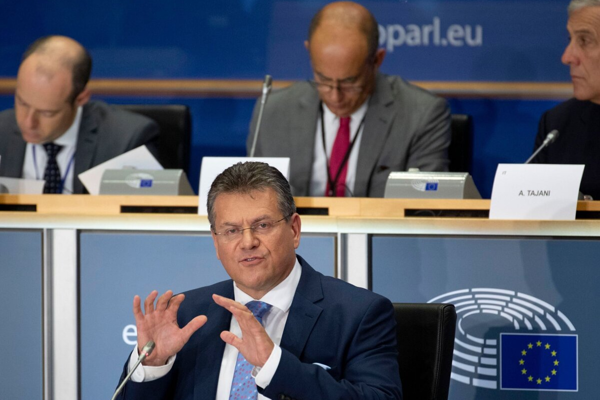 It is very probable that Maroš Šefčovič will sit in the European Commission again.

His September 30 grilling in the European Parliament (EP), where he presented his priorities for the following five years in a 15-minute speech, was successful. The information was confirmed to the TASR newswire by unnamed EP sources. 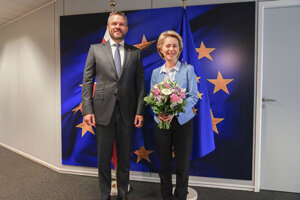 Coordinators, who are the chairpersons of committees and the representatives of political factions within them, from the Committee on Constitutional Affairs (AFCO) and the Committee on Legal Affairs (JURI), unanimously embraced the nomination of Šefčovič as vice president of the European Commission for Interinstitutional Relations and Strategic Outlook.

Formal steps took place on October 1. Committee coordinators sent a confidential letter of recommendation to the Conference of Committee Chairs, informing them about their decision.

The letter indicates whether the candidate, already heard, may become the European Commissioner and take on the duties assigned to them, TASR wrote.

During his speech on September 30, Šefčovič focused on the need for strengthened relations between the European Commission and the European Parliament on the basis of trust and in the interests of EU citizens.

"It is important that the European Parliament and the European Commission have a special partnership and that we can work together strategically to contribute together to a better future for Europe," he said, as quoted by TASR.

Several MEPs also asked Šefčovič for details on reducing bureaucratic burdens, which he will also be responsible for in the European Commission.

Šefčovič pointed out that he did not want to have a "mechanical approach" in enforcing the "one-for-one" rule, that is to say one law in, one out. He also confirmed that reducing administrative burdens would not jeopardise the current standards of social, health and food protection. 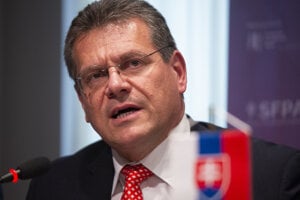 Slovakia’s nominee wants to visit the national parliaments of all EU member states in the first two years of his mandate. Better regulation of European law should be the main topic of the talks, TASR wrote.

Several questions during the grilling also concerned the strategic outlook, which is a new portfolio. Šefčovič made clear it is going to be up to him how it will be “formatted”.

"I am glad that the new President of the European Commission has given it such a great opportunity,” Šefčovič said, as quoted by TASR. “She is well aware that if we do not catch those trends today, it may be too late in five or ten years.”

He used electromobility as an example, but Šefčovič underlined the same will apply to other strategic trends.

Read more articles by the topic
This article is also related to other trending topics
Maroš Šefčovič, EP election 2019