His paintings were sold for lots of money, but Benka dreamed of career in music 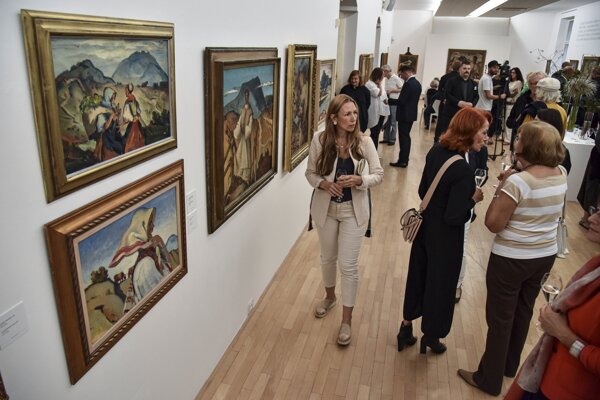 "I have always wanted to be a musician. I would do anything to be recognised in this field," painter Martin Benka recalls in his monography. Instead, he became one of Slovakia's most recognised painters.

Benka was born into a poor Catholic family in Kiripolec, western Slovakia, in 1888.

He learned about different styles of art in Vienna, where he worked as a housepainter. Benka visited art galleries, often in wintertime.

Once his brother Ján, who also worked in Vienna, told him about a professor's advert, which sought after two poor but talented students to study at his art school in Vienna for free. Benka gave it a go and succeeded.

Read more articles by the topic
This article is also related to other trending topics: Spectacular Slovakia (travel podcast)