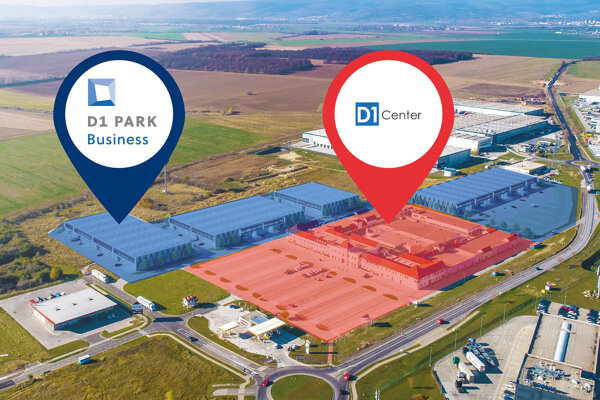 Company D1 Expo-Business Centrum, which has been developing its activities on the market under the IPEC Group brand, announced recently the construction of the D1 Business Park in Senec. The park will offer smaller-sized units to companies because there is a huge lack of this type of commercial unit on the market. The flexible space can be easily adapted to the company’s needs, whether they require a showroom, an office, storage, an issuing place or a place they can carry out all of their operations at once. This unique, multifunction zone connects industry and logistics with office space and other services for employees, customers and visitors.

The modern multipurpose business zone is situated near the D1 motorway and in the vicinity of one of the largest logistic parks in central Europe, where more than 5,000 employees and more than 100 companies manage and perform their activities. This new zone will enlarge the area and its capacities through the D1 Business Park and D1 Center, both of which offer shared offices, shops and other services.

A Slovak developer has invested tens of millions of euros into the project and will gradually build three modern buildings with a total area of 28,000 m2 in the D1 Business park. The park should be available to tenants next summer, completing the offer of properties in the zone where logistic and commercial companies like Scania, DHL, Volvo, DB Schenker, Alza, Nay and many others are based.

The construction of the D1 Business Park in the new business zone is a response to the growing demand for modern, multifunctional industrial parks. The trend of so-called universal commercial units is mainly available in western Europe where similar centres are being established on the outskirts of large cities. They represent an alternative for companies that house their operations, sales and storage of products under one roof.

“We have long-term experience mainly in industrial development. In the D1 Business Park, we would like to complete the original zone with a new type of business space which is typical for its access from two sides and a larger portion of glass areas. This creates a nice environment suitable for shops, a showroom and offices. But there is also a number of smaller companies and enterprises from the machine industry interested in this space. So, a part of the building can become a store with a clearance of eight meters," said Pavel Klč, Head of Real Estate Development of the IPEC Group. 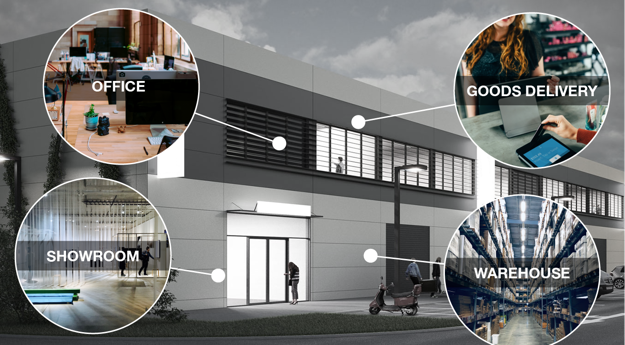 Companies can rent out 250 m2 to 8,000 m2 in space and adapt it to their commercial model. The developer expects that the customers of such companies will have the opportunity to shop here, choose products in the showrooms or pick them up after shopping in the e-shop.

We believe companies that find their seat here will offer their partners and clients everything they need.

The D1 Center is also considering widening its scope of services in commercial and retail operation - from gastronomy and fitness centres to printing and administrative services. It also offers offices with technical rooms or small store rooms measuring 120 m2 and up, which already have potential clients. In addition, event and expo rooms, along with a new gastronomy establishment, will be available soon. At this moment, the final works are in progress. These rooms will be available for the companies from the new business zone but also from its surroundings.

Due to its location and range of services, the D1 Center, has the potential to become a multifunction center of the wider surroundings which includes not only the D1 Business Park but also adjacent logistic halls.

“Interconnection of the D1 Center and D1 Business Park will create a modern multifunction zone which will bring to the existing industrial environment not only missing quality services but also new possibilities for companies and their trade," the developer emphasized the importance of the center’s construction.

IPEC Group ranks among the major providers of project management in the field of construction in Slovakia, as well as in Central and Eastern Europe. Since its establishment in 1993, the group has covered projects with a total usable area of 800,000 m2 and value in excess of €500 million. One of the biggest logistics zones in Slovakia and an employer of more than five thousand people, the D1 Park near Senec was established thanks to IPEC Group.