Slovakia shoulders a heavier tax-levy burden than most, experts opine

The Slovak tax system is more generous to families than to single persons. 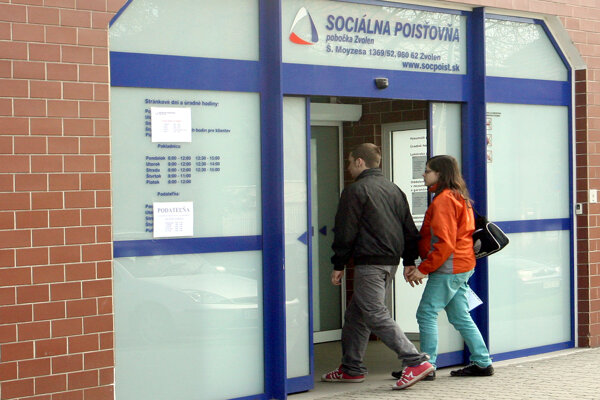 In the field of corporate taxation, Slovakia ranks among the most burdened of OECD countries. (Source: Sme)
Font size:A-|A+6

The state coffers have been getting significantly more money from taxes and levies thanks to the rapid economic growth in the past few years. Amid press conferences praising the improved tax collection, some experts point to the increasing tax-levy burden in Slovakia.

Income tax, along with health and social insurance levies, are taken from each employee’s salary. Employers contribute to these items in each pay check, too. The employee’s net salary is then reduced by payments for taxes for property ownership, consumption, sales profits and others. The sum of these payments is the so-called tax-levy burden.

Economists consider the current level of burden in Slovakia above average in Europe. The state decides where almost two-thirds of the total remuneration of the average worker will end up, says Peter Gonda, the director of the M. R. Štefánik Conservative Institute.

“It is excessive and too burdensome for taxpayers and the economy,” Gonda told The Slovak Spectator.

In the field of corporate taxation, the Federation of Employers’ Associations (AZZZ) ranks the country among the most burdened in Europe. Of the 36 OECD countries, Slovakia has the 11th highest tax-levy burden, said AZZZ’s spokesperson Miriam Filová Špániková.

On the other hand, the Finance Ministry argues that there are no significant differences in the burden on labour in Slovakia compared to other EU countries.

“The burden of the average-wage employee’s work measured through a tax wedge matches the EU average,” Alexandra Gogová, the Finance Ministry’s spokesperson, told The Slovak Spectator.

Only minor changes in burden

In terms of the total burden of administratively enforced payments, calculated by the M. R. Štefánik Conservative Institute with the European Investment Centre (EIC), Slovakia’s taxes and levies reached up to 62.5 percent of the labour cost per employee with an average wage in 2018.

“Favourable economic and budgetary impacts had thus been passed through and dissolved in other public expenditures,” Gonda said.

Tatra Banka analyst Juraj Valachy sees two reasons behind the burden’s growth. Firstly, the subsistence level, which directly influences the tax-deductible item, grew slower than the average wage. Secondly, there has been an increase in the maximum assessment base for the calculation of some levies.

“Health levies have completely lost the ceiling and the other levies have a ceiling equating to seven times the average wage,” Valachy told The Slovak Spectator.