Ján Littva must fend for himself despite having won the second most titles in the history of his sport. 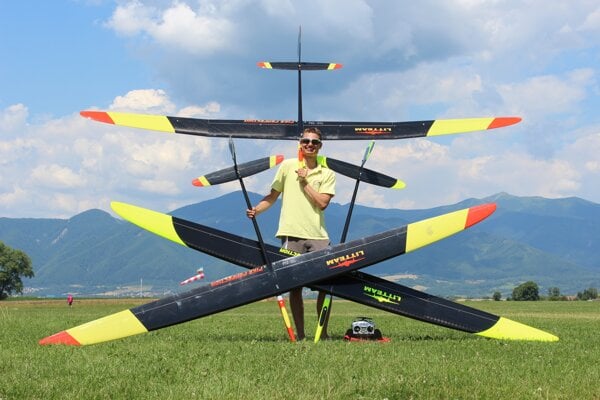 It is the summer of 2014 just outside the quaint town of Martin at the foothills of the central-Slovak Malá Fatra mountains. The scene could not be more picturesque. Fields of bright green glitter in the sun tickled by the tips of the surrounding hills.

An edgy, mechanical cry suddenly cuts through the silence of the verdant pastures. A robotic female voice starts counting backwards – ten, nine, eight…Tensions rise in an instant. The whole line of men standing next to each other takes a step back. Ján Littva, the youngest among them, follows suit.

His eyes watch the immaculate sky, clutching a toy-like remote control. But this is no ordinary joystick. Littva and the other men are competitive pilots, navigating ultra-light gliders with hi-tech radio control. Their goal is to keep their planes afloat as long as possible, and land them within a tiny marked circle. Their flight time is limited to 10 minutes. If it is longer or too short, they are bound for failure.

Sounds easy enough, but these gliders have neither engine nor any other kind of mechanical propulsion. They fly solely on warm air currents – or rather inside them. These pilots feel the air temperature on their skin by observing the flight patterns of their gliders far up in the sky. If anyone is capable of “seeing air”, it is them.

The pilots’ white hats quiver as the wind unexpectedly rises. The grass itself springs up at once. Only four seconds left. The first carbon planes are about to land. Their sharp noses hit the ground hard, leaving them to stick out like long javelins.

But Ján Littva’s plane is still up in the air. He skilfully slows his glider down, extending its flight to the very last moment. The nose drills through the middle of the small circle just before the last second trickles down. The Slovak pilot pumps the air with a clenched fist. He knows he has just became the World Champion of Radio control soaring, category F3J. He is the first pilot ever to win the title on home soil. 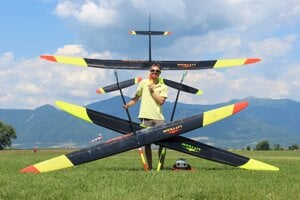 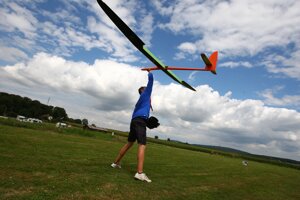 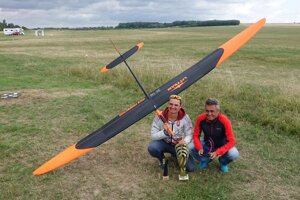 Much has changed for the now 25-year old Littva since then. He won this year’s European Championship and finished second at another World Championship two years after his initial success, in 2016. He is also a five-time champion of the World League and two-time winner of the prestigious Europe League, the second most important competition in radio control soaring after the world’s finals.