Focus poll: One-third of voters would support the coalition of PS, Spolu and Za Ľudí

The poll was carried out for the private broadcaster TV Markíza. 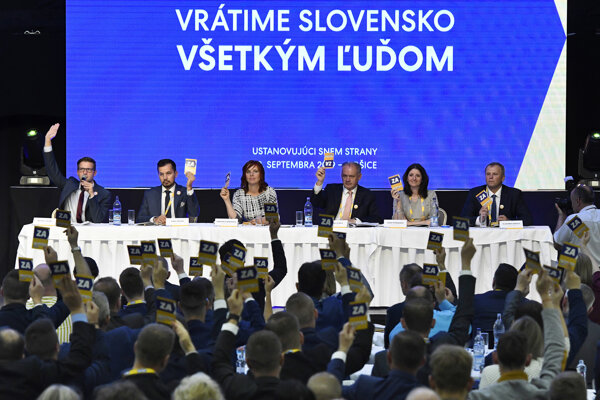 If there was an election coalition of parties Progressive Slovakia (PS), Spolu (Together) and Za Ľudí (For the People), it would be supported by more than 27 percent of respondents.

This stems from a poll carried out by the Focus agency for the private broadcaster TV Markíza on September 11-17 on a sample of 1,027 respondents.

On the other hand, more than 65 percent of them would not vote for the coalition.

As for the voters of concrete parties, Smer voters support such a coalition the least. More than 90 percent of them said they would not vote for it. They were followed by the voters of the non-parliamentary Christian Democratic Movement (KDH), with nearly 80 percent of voters not voting for the potential coalition.