For every Euro invested to help the homeless, the state could save €12. 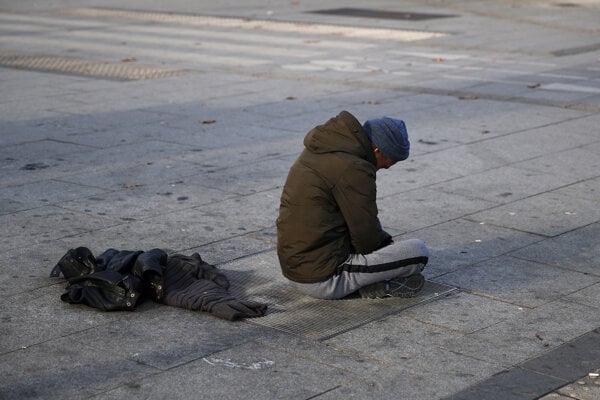 The state has been urged to do more to help the tens of thousands of homeless people in Slovakia as a new study shows the full impact on public finances of failing to help them.

Research by the Institute of Environmental Policy (IEP), released this month, has found that for every Euro invested to help the homeless, the state could save €12.

The IEP looked at how much the work done by the Vagus NGO, helps homeless people in Bratislava, saves the state.

Alexandra Kárová, director of Vagus, told The Slovak Spectator that the findings of the study were especially important with the numbers of homeless people in the capital rising.

“Our statistics show that the number of homeless people is growing in Bratislava,” she said.

Reliable figures on the levels of homelessness in Slovakia do not exist. Official data from the Statistics Office puts the figure at around 23,000. But according to the Ministry for Social Affairs and Family, this is based on a survey in 2011 which did not take into account people sleeping rough on the streets.