Under 30s would vote far-right Kotleba the next PM

The ruling party Smer would sink if the youngest voters were to decide, poll also shows. 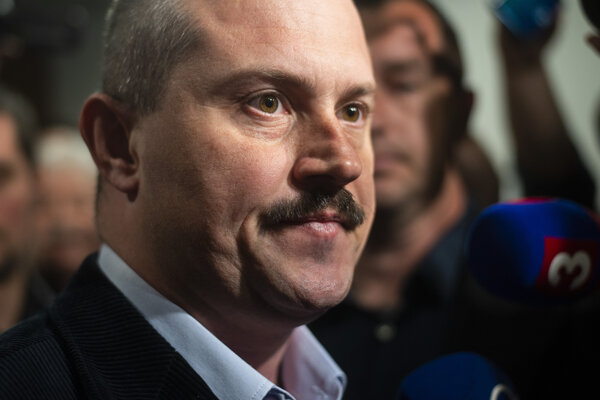 The position of Marian Kotleba, chair of the far-right People’s Party Our Slovakia (ĽSNS), seems not to be weakening ahead of next year’s elections, at least not among young people, as reported by the Denník N daily.

The recent survey, conducted by the Focus poll agency, shows ĽSNS would win parliamentary elections had they been held by the end of October. The far-right party would gain 18.9 percent, followed by former Slovak President Andrej Kiska’s party Za Ľudí with 12.8 percent and PS-Spolu with 11.9 percent.

Focus surveyed 706 people, ages 18 and 29, online at the turn of October and November for the Youth Council of Slovakia (RMS). The poll aslo shows the weakening popularity of the senior ruling party Smer, which came sixth.

What a Kotleba voter think of elections