What gifts did Pope Francis and PM Pellegrini exchange? 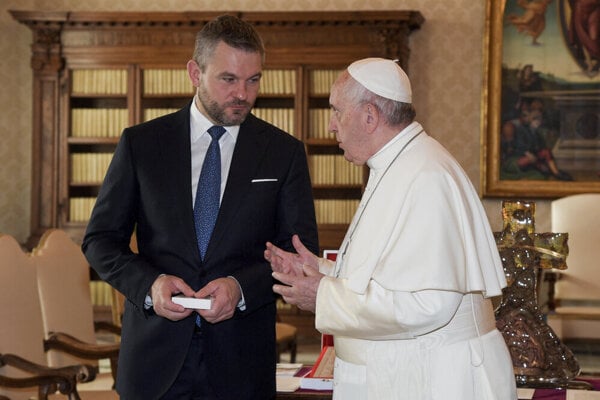 It is the first time in 19 years that a Slovak PM has officially visited the Pope. The last to be received in the Holy Sea was Mikuláš Dzurinda, who met with Pope John Paul II back in November 2000. 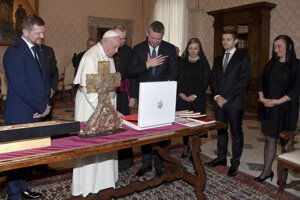 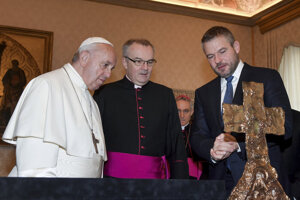 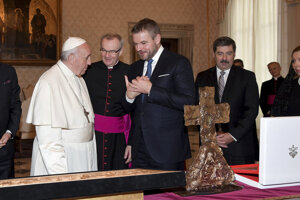 A gift from the Pope

During the audience, which lasted for 40 minutes, Pellegrini presented gifts from Slovakia to Pope Francis, including a carved nativity scene from Orava region and a glass cross depicting Our Lady of Seven Sorrows, the patron of saint of Slovakia.

The gifts were created by Slovak-Greek glassmaker and designer Achilleas Sdoukos.

In return, Pellegrini received a picture depicting the journey of pilgrims to the Vatican and Saint Peter’s Basilica. 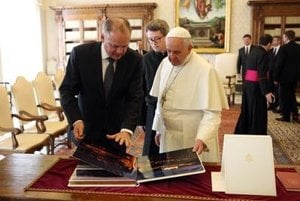 "I am delighted that he has given me, apart from his own works - which I have the opportunity to take with me to Slovakia - one beautiful picture in which he also linked my name, which means 'pilgrims',” Pellegrini said, as quoted by TASR.

An invitation to Slovakia

Pellegrini and Pope Francis discussed during their meeting inter-generational solidarity and the need to raise society to form a better world.

“In our conversation, we did not address any diplomatic phrases at all,” the PM said, as quoted by TASR.

The prime minister also said the Pope sends his greetings to the people in Slovakia.

Pellegrini invited Pope Francis to Slovakia, but he has not responded to the invitation yet, TASR reported.