Children used to breakfast on beer and bread in Bratislava

Find out more untold stories about Bratislava in the latest episode. 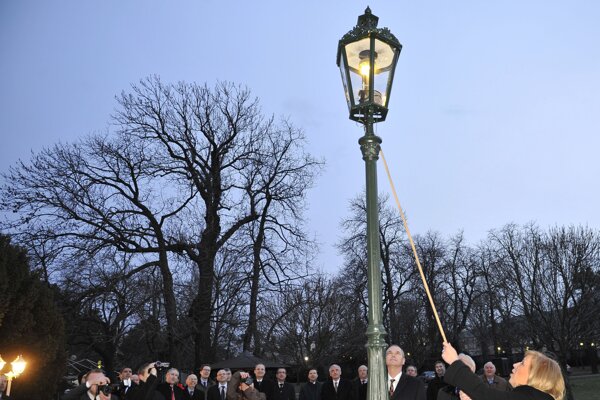 The last gas light in Bratislava was put out with a bamboo pipeline in 1965 at Školská Street. Listen to more interesting facts about the capital in the latest Spectacular Slovakia episode (Source: TASR)
Font size:A-|A+17

Spectacular Slovakia is continuing to discover new and generally unknown facts about Bratislava.

Bratislava was, for instance, one of the first places where champagne was produced. The legend has it that a French soldier returning from a battle in Russia fell in love with a Slovak girl and settled here, producing champagne. The truth lies elsewhere as Spectacular Slovakia learns.

One of the stories in the podcast also involves Sigismund Albicus of the Czech Republic, who became doctor to King Sigismund of Luxembourg. He gave the monarch useful advice, which he shared with the world when he lived in Bratislava.

If you want to know just what his (still helpful) advice was, listen to the episode below.