Pellegrini gets a ministry for Christmas 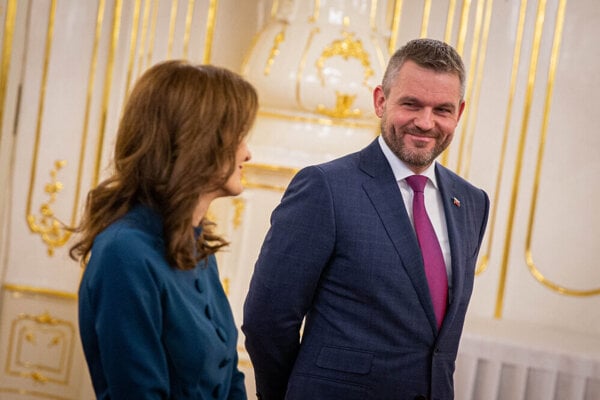 PM Peter Pellegrini apparently hoped that he would not need to take over after Andrea Kalavská left the Health Ministry. But there are things that are much harder to swallow than a coffee and a piece of cake.

That was what he first offered Kalavská when she announced she was going to resign from the ministerial post. Her move came less than three months before elections, after the parliament repeatedly ignored her call to reform hospitals as per her draft law, and topped up the show of disregard for her by rejecting the stricter vaccination rules, too.

“I doubt PM Pellegrini will offer me this chair again after today,” Kalavská hinted at their disagreement over her resignation after Pellegrini took the department from her at the Presidential Palace on Tuesday. As the just-appointed health minister, Pellegrini did admit to journalists that he was bitter about Kalavská’s decision, but “I am not a man of the past” he said and generously put the Kalavská episode behind him to hop straight into doing “lots of positive things” that he said were still expected to happen at the ministry.