Anna Daučíková's exhibition at the SNG ends in March 2020. 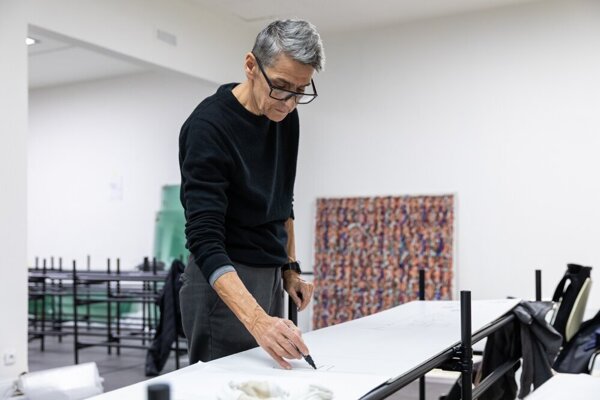 When she was small, she imagined what it would be like if she could lie down in a tin mould and have her body grow into the shape she wanted herself to be.

It was not into the shape of her mother, a woman.

Her imagination often seized artist Anna Daučíková, who likes to be addressed as Anča, when she was a child. She did not identify with the body and the women’s intuition she had to live with.

Only later, in the nineties, was she able to turn her childhood imagination into a work of art. She has created a series of photographs, which she has entitled the “Educational Exercise”.