Fish was a must on Christmas Eve in Bratislava

A Pressburger speciality was wärmlich – alcoholic drink served with waffles. 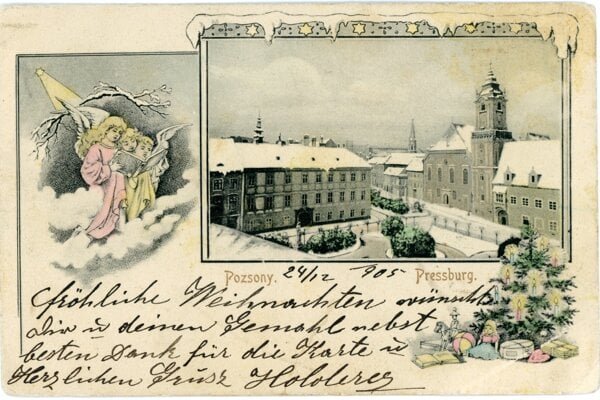 Pressburg, today’s Bratislava, has always been a business centre with an abundance of precious ingredients like cocoa, coffee, caviar and spices. It was a coronation city and as the imperial court followed the Spanish etiquette also Spanish meals were cooked here and exotic spices were used. Moreover, the local cuisine was greatly influenced by neighbouring cities and countries like Vienna, Hungary, the Czech Republic and Germany, as well as Jewish cuisine as the Jewish community used to make up a significant portion of the city’s population.

“Bratislava was such a melting pot where the tastes and smells of the whole world were mixed,” said Silvia Pilková, who has already published several books on Slovak cuisine, traditional dishes and customs in individual regions of Slovakia.

All these influences were reflected in the meals traditionally served in Pressburg during Christmas and the New Year’s Eve. But what couldn’t be missing on any Christmas Eve’s table in the city was the fish.

“The fish soup was the basis, but some families also cooked soup from sauerkraut or lentils,” said Pilková. It was followed by roasted or fried carp while other types of fish like pike, trout, zander or catfish were common. Fish was served with potato salad flavoured with onion, vinegar and mustard and without mayo, which Slovaks got from Vienna. Local housewives began to add mayo to the salad only later.

Historian Vladimír Tomčík added that while people used to cook from local ingredients, what meals were served also depended on the faith of the given family.