Where and when to do grocery shopping around Christmas?

Most stores have to be closed on selected Christmas days. 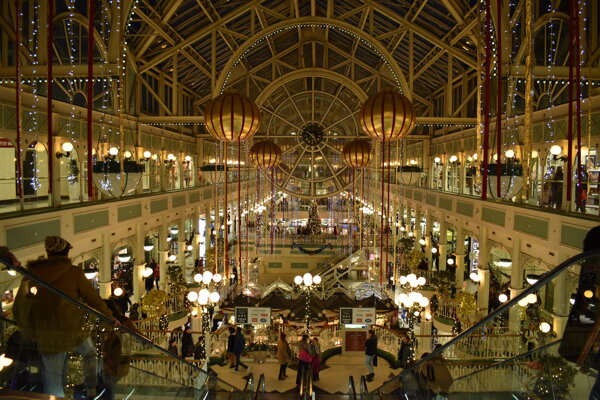 A Sales ban on holidays has been in place for more than two years in Slovakia. The ban concerns only retailers.

Therefore, Metro, which is a wholesaler, can afford longer opening hours even at Christmas, as reported by the Sme daily. Most stores cannot open between December 24 (after 12:00) and 26 as well as on January 1 and 6.

Related articleShops will be closed on all national holidays Read more

Since the ban was introduced, people can do their shopping only at pharmacies and petrol stations. In fact, some petrol stations, including Shell and Lukoil, grasped the opportunity and began to sell bakery, dairy products, as well as fruit and vegetable.

However, the small retailer Malina will have some branches open during Christmas holidays. The chain has denied the claim it is violating the law, which orders employers to give a day off on selected days of the year to its employees.

Restaurants and cafés are exempted from the ban. Shopping malls, where people can find cafés and shops, all took a similar approach.

Bratislava shopping malls will be closing between 11:30 and 12:00 on December 24 and will open until 16:00 on December 31. On other holidays – December 25 and 26 and January 1 and 6 – they will be closed. However, the cafés, cinemas and gyms at the malls may remain open. Yet, their opening hours may differ from normal hours.

All the shopping malls in Bratislava – Bory Mall, Avion, Eurovea, Aupark, and Vivo! (formerly known as Polus) - have published their Christmas opening hours on their websites or Facebook.

A similar situation during Christmas occurs in neighbouring countries as well. Shops are closed in Austria and Poland during holidays and Sundays. In the Czech Republic, shops are open on selected holidays only.