Culture is now seen as an element that can help the city grow. 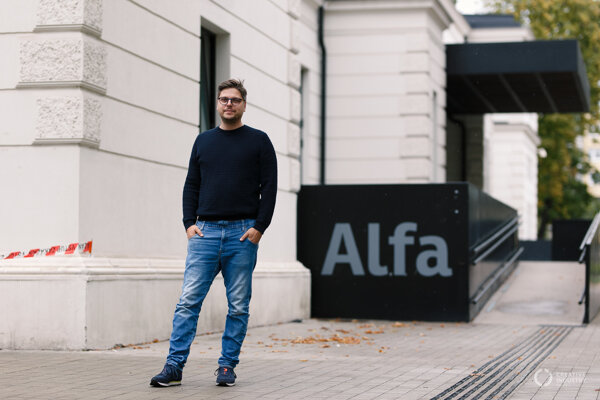 When Košice was chosen to be the European Capital of Culture (ECoC) in 2008, it also meant huge investments in cultural venues and organisations. By the time it held the title in 2013, Slovakia’s second biggest city gained the self-confidence and ambition to make a global impact.

Michal Hladký was one of the instrumental persons behind the investment projects Košice carried out prior to 2013. He now leads Creative Industry Košice (CIKE), a legacy organisation of ECoC 2013. He spoke to The Slovak Spectator about the benefits this prestigious title has brought to Košice, but also whether he can imagine the city without its major employer, steelmaker U.S. Steel Košice .

The Slovak Spectator (TSS): What are the biggest differences between Košice and Bratislava?

Michal Hladký (MH): Firstly, their function. Bratislava is the capital of Slovakia while Košice is the second biggest city. And then the number of citizens: Košice has about 250,000 citizens, while Bratislava has twice as many. In terms of GDP creation, Bratislava is elsewhere than Košice. Transport is a big challenge in Bratislava. Košice, in comparison, has the advantage of having ring roads and traffic that is not so intensive.

Bratislava’s huge benefit is the Danube River. Košice does not have that. The Hornád River, which flows along its edge, is flanked with industrial premises, railways and gardens, and there is no river promenade in the city. In Bratislava, the potential of the river has not been fully utilised yet, but new developments like Eurovea and Riverpark indicate the potential the river and its embankments have.

TSS: What has the title of European Capital of Culture (ECoC) given Košice?

MH: It has changed the general image of the city. On the international level. It has brought awareness, visibility and a number of opportunities for cooperation. The city itself has gained a new attitude toward culture. It is starting to be perceived as an element that can help the city grow and develop. 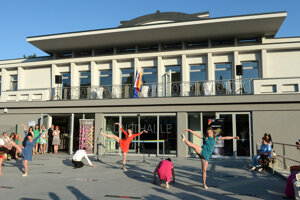 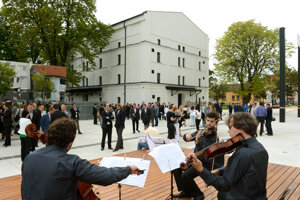 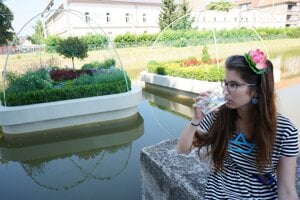 Košice as the European Capital of Culture (4 photos)

The city began to think about the impact it can leave in a wider, international scope. It applied, successfully, for the European City of Sports 2016 title and entered the UNESCO’s Creative Cities Network (UCCN). At the moment, it is vying for the title of European Green Capital.

TSS: Do you have any hard data indicating the impacts of the title of European Capital of Culture on Košice?

MH: In total, around €100 million was invested, of which €70 million went into the cultural infrastructure, like new cultural venues and organisations, which continue operating and providing cultural programmes. The remaining €30 million was spent on the programme during the prepration phase and in 2013. Based on an impact study by the Technical University of Kosice, the impact coefficient was 1.65. This means that each invested euro brought in €1.65 into the economy in the money visitors paid for accommodation, fares, tickets for events and so on.

TSS: Was there anything you consider a failure, or any plans that you failed to carry out?

MH: One of the main investment projects, the transformation of the former Bankov mine into an open-air cultural venue, did not materialise. The mine is in private hands and talks have failed.

But in general, we have more or less accomplished all the other investment projects. These included the reconstruction of a defunct swimming pool into Kunsthalle, former military ware houses into Kulturpark, and the transformation of outdated heat exchange stations (SPOTs) into neighbourhood cultural centres. They continue to host exhibitions, conferences, concerts, theatre performances and festivals, or serve local communities. Of course, their budgets are not as fat as they were in 2013. This is reflected in their programme, but they continue to serve the purposes they were created for.

TSS: Next year, one Slovak city will be chosen to become the European Capital of Culture 2026. What would you tell the Slovak cities that are thinking of running?

MH: Go for it. Even a city that does not succeed gains benefits merely from applying for such a prestigious title. It’s worth the effort. The whole process that precedes getting this title brings a lot of positive energy the city can use, whether it eventually gets the title or not. They will identify stakeholders and collect hard data they can build on. The values that the candidate cities generate during the preparation exceed the costs by far. For example, Košice wants to apply for the European Green Capital, where the process is much more demanding than for the ECoC. This is because we competed for the ECoC with other Slovak cities, but the competition for the European Green Capital is among other European cities.

TSS: Which Slovak cities could benefit most from running for the ECoC title?