Children confirmed to have damaged Jewish gravestones in Rajec

The incident happened shortly before Christmas. 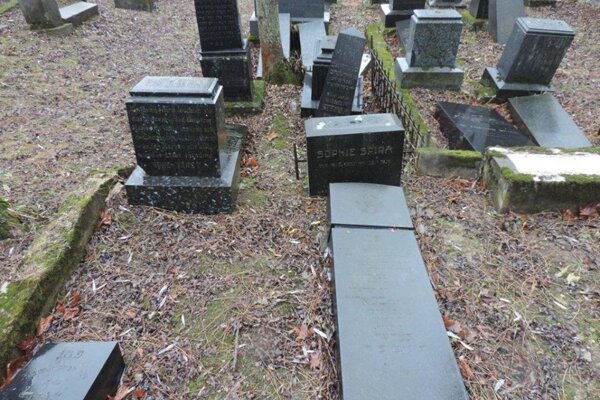 Police in the Žilina Region identified vandals behind the act resulting in the December 2019 damage of 20 gravestones in a Rajec Jewish cemetery on January 17, 2020 (Source: FB Polícia SR - Žilinský kraj)
Font size:A-|A+131

No extremist disruptors, as previously believed, but five boys have been named as those behind damage to a Jewish cemetery in Rajec, central Slovakia.

The incident occurred sometime between December 4 and 22 of last year, the Jewish Religious Community claimed shortly before Christmas. They believed it was “a coordinated action” by extremists.

The police now said children, who had vandalised 20 gravestones and caused damage of at least €5,000, are aged 9 to 12.

“The motive of the minors’ act was no racial, ethnic or religious intolerance, hatred towards another group of people, or the promotion of an ideology aimed at suppressing fundamental rights and freedoms,” said Jana Balogová, a spokesperson for the Žilina Region Police Department, as quoted by the TASR newswire.