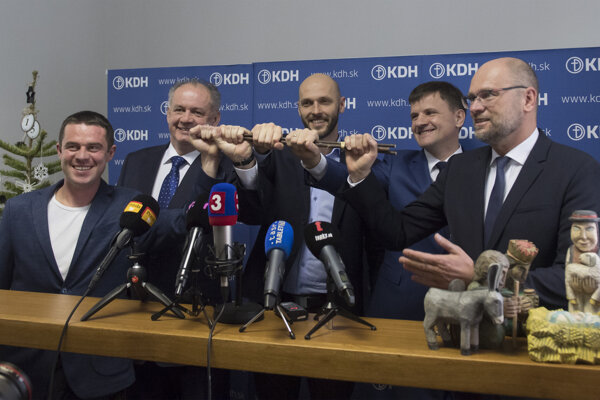 Read the first article here. In the second piece in our series, we look at option two: Opposition parties form a government.

This, Smer suggested, would be a frequent occurrence if those parties were to come to power, and the video carried a warning that a coalition of those parties would be “a dangerous change”.

Current polls suggest that to form a government with a parliamentary majority, five or six opposition parties would have to join forces.

But the different opposition parties cover a wide political spectrum, raising concerns over the stability of a government in which conservative and liberal political groups would have to cooperate.

The most recent surveys of party support show that even the opposition parties with the strongest support – the Progressive Slovakia (PS) and Spolu two-party coalition and the Za Ľudí party - would finish in third and fourth place in the elections, behind Smer and the extremist People’s Party Our Slovakia (ĽSNS).

But while political experts do not expect an opposition party to be able to win, they believe some of them may do better than expected.

“It cannot be ruled out that some [opposition] political parties will have a strong finish to their election campaign or that their support will grow shortly before the election,” political analyst Peter Spáč told The Slovak Spectator.

And this could help strengthen the opposition’s case for being allowed to make the first attempt at forming a new government.