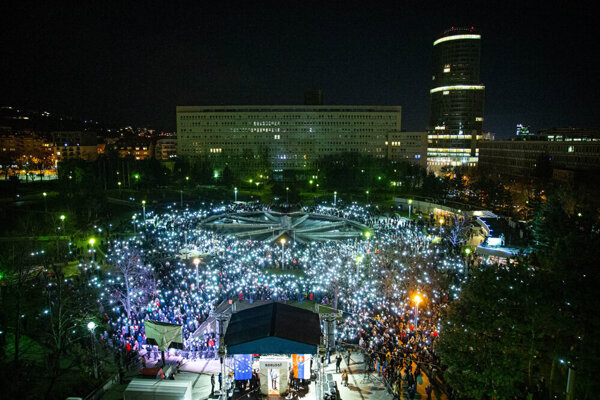 “Our society should never let something similar happen again,” said Karolína Farská, one of the organisers of the For a Decent Slovakia gatherings that took place in Bratislava on February 21.

She referred to the murder of investigative journalist Ján Kuciak and his fiancée Martina Kušnírová, who were shot death in their house in Veľká Mača (Trnava Region) exactly two years ago, on February 21, 2018. 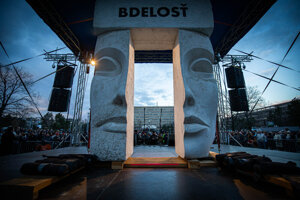 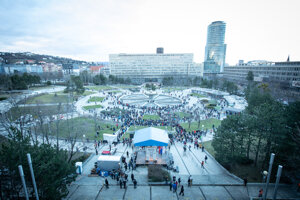 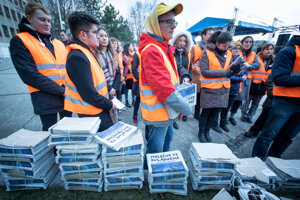 The commemorative events held under the For a Decent Slovakia initiative were held in about 50 places across the country and abroad. In Bratislava, it was attended by 7,000-8,000 people, according to the Denník N daily.

“We should never forget Ján and Martina,” the organisers said.

The gathering in Bratislava started with a minute of silence for the murdered couple. The representatives of three Churches, Daniel Pastirčák, brother Felix and Juraj Jordan Dovala then read an ecumenical prayer for Ján, Martina and Slovakia.

“The murder was supposed to silence them, but it awoke the truth,” they read.

They also stressed that evil can be defeated only by truth and good, and called on people to not lose hope.