Slovakia responds with vast measures that will also affect tourists in the country. 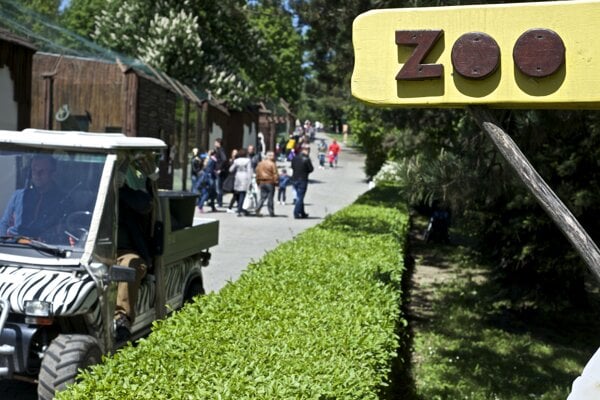 The coronavirus outbreak has forced the cancellation of a number of public events in Bratislava and other Slovak towns.

"It is prohibited to hold any sporting, cultural and social events for the next 14 days," PM Peter Pellegrini (Smer) said on March 9.

The ban valid for Slovakia comes into force on Tuesday, March 10. The Public Health Authority (ÚVZ) previously issued a recommendation for people to avoid public gatherings.

Slovakia has reported six coronavirus cases, one in eastern Slovakia, according to the latest information from the Health Ministry.

Several boroughs of Bratislava, including Petržalka and Karlova Ves, had cancelled their public events prior to the ban. Petržalka, moreover, decided to close its libraries and swimming pool until March 16.

Karlova Ves apologised for the inconvenience caused by the cancellation of events amid the coronavirus crisis.

"We are sorry about the situation, but we are trying to especially protect the most vulnerable groups of people," the Bratislava borough of Karlova Ves posted on Facebook on March 6.

The boroughs of Old Town and Ružinov in Bratislava decided to close its doors for the public, apart from its information points, between March 10 and 13. Furthermore, the Old Town made a decision to cancel and postpone its events to dates after March 31. However, the Zichy and F7 galleries, managed by the Old Town, will remain open but no public tours and exhibition openings will be held.

The following is a list of Bratislava events and institutions that have been cancelled and closed due to the coronavirus (to be updated):

The BTB Tourist Information Centre will remain closed until further notice as well.

Shopping centres in Bratislava, such as Central and Aupark, and fitness centres will not be taking any preventive measures amid the coronavirus outbreak at this point, however. Events organised by firms may be happening as well.

Ružomberok: Masks in a town hall

Before the ban was announced, the town of Ružomberok stated it would also call off events organised by the town. It closed its pool and banned citizens from attending the Ružomberok Town Council meetings. Employees of the Town Hall's information point were ordered to wear masks. A similar measure is in place at Košice City Hall.

The measures in Ružomberok have been in place from the morning of March 9 and will remain in force until further notice. Public events organised by municipalities, including Slovakia's second largest city of Košice, are now banned across the country.

The following is a list of bigger events and well-known institutions that have been cancelled and closed in places outside Bratislava due to the coronavirus (to be updated):

Numerous sports facilities and cultural institutions run by Slovak municipalities have been closed as well.

People are advised to check the websites and social media of Slovak towns for more information.

The Slovak Spectator has decided not to lock any of the articles about the coronavirus for subscribers. We believe this is an issue where accurate and fact-based information is important for people to cope. If you appreciate our work and would like to support good journalism, please buy our subscription.