Bratislava's SNP Square was packed in 2018. Today, it's a desert

Responsibility drew masses to the squares two years ago, now it dictates people should not gather. 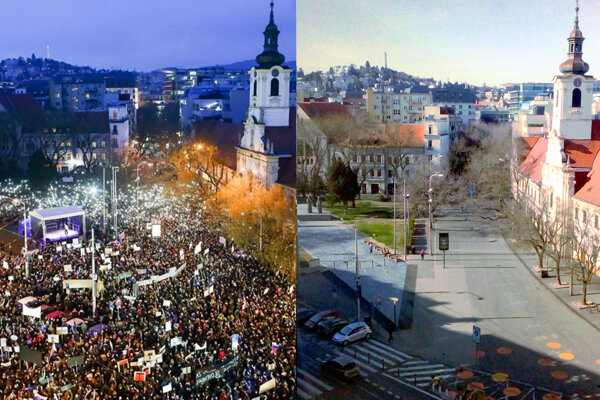 The now-deserted SNP Square in central Bratislava was the place where two years ago, tens of thousands gathered every Friday following the murder of Ján Kuciak and Martina Kušnírová.

Around this time last year, some 65,000 - 70,000 people gathered in the square for the biggest in the series of protests that eventually forced major reshuffles in the government of Robert Fico.

The murder of the investigative reporter and his fianceé, and the societal changes that followed, impacted Slovakia in many walks of life. The election of Zuzana Čaputová for president and the most recent election that removed the once ruling party in Slovakia, Smer, from power, are seen as the culmination of these changes.Slovakia will get its new government three weeks after the election, during an unprecedented situation for the whole world.

Due to the threat of the coronavirus pandemic, many Slovaks are staying in compulsory or self-imposed quarantine, obliging to the measures the government introduced and to the global call on people to stay at home, the Slovak version of which is #SomDoma (I am at home).

People's mobility has decreased by about one third, based on data from mobile operators. Some operators report a decrease of movement in half of their SIM cards, the outgoing PM Peter Pellegrini said on March 18. He added it is important mobility remains down, otherwise the government might be forced to impose a compulsory quarantine like in Italy.

Telecom operators report a steep increase in phone calls and use of data services, since many people are working from home and not attending any meetings or events in person, the Pravda daily reported.

The streets of Bratislava and other Slovak towns, meanwhile, remain deserted. 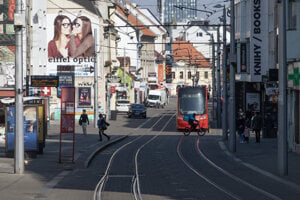 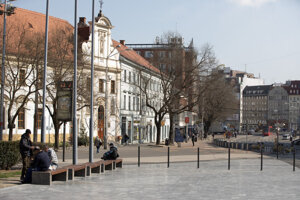 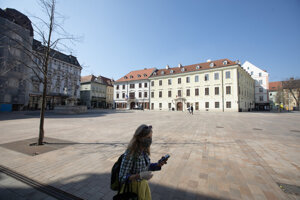 Empty streets of Bratislava during the coronavirus pandemic (8 photos)