I enjoy my life, says the star of the cycling world. 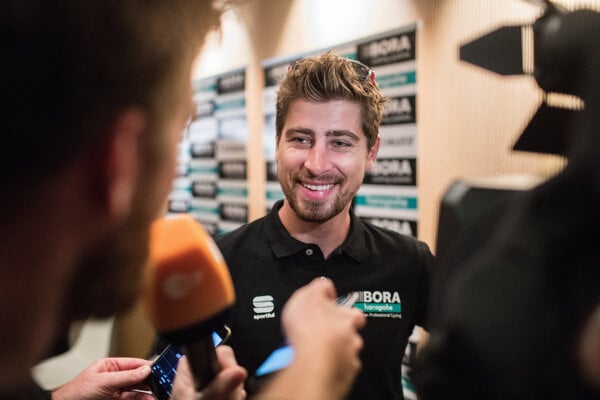 The first time got on a bike in a competition, he won. Sagan was nine years old and was competing in a time trial near Makov, a village located about 20 kilometres north of Žilina.

When he signed up for another race the next day, this time involving mountain bikes, it ended with the same result. That would probably be enough to give anyone some drive.

In fact, since Peter Sagan started pedalling, he could not have had anything other than a successful finish.

In a sport that is very competitive, with the results influenced by many factors, he resembles King Midas of Greek mythology, who turned everything into gold with his touch. It was a curse for Midas, for food and water were transformed into metal but Sagan has turned everything into a triumph. This is what has charmed fans the most. 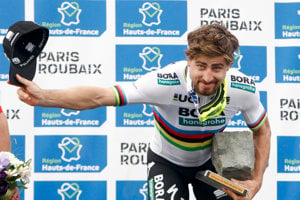 When he was 13, he had already competed with older students and managed to win 16 races in a year. He was already crowned a Slovak champion.

Today, he holds more than 20 Slovak trophies. The last one he won in 2019 after a race in which he attacked and rode solo almost for the whole day. It is unlikely anybody will repeat his one-man show at Plzeň in the Czech Republic, anytime soon.

A broken bike did not stop him winning

Looking at Sagan’s performance, it seems that cycling is an easy thing to do. No effort required. It is as if he was born to win. Does he need to train at all? How is it possible that while many face various problems, are in poorer form or simply do not perform well enough on the day, Sagan still excels?