The man who killed Kuciak learns his punishment

The verdict is not valid yet, the prosecutor has appealed. 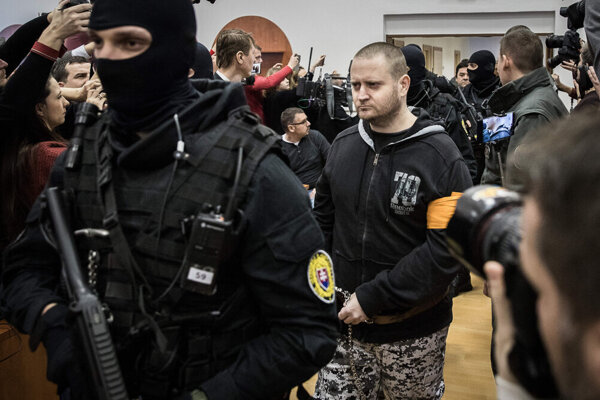 Miroslav Marček was sentenced to 23 years in prison for a triple premeditated murder. He killed investigative journalist Ján Kuciak and his fiancée Martina Kušnírová in February 2018 and businessman Peter Molnár in December 2016.

When issuing the verdict, the court applied the special reduction of sentence principle as Marček confessed and regretted the crime. Otherwise, he would be sentenced to 25 years or life sentence.

“With this punishment, the court sent the signal that it makes sense to confess, to collaborate with the law enforcement bodies,” said Ružena Sabová, chair of the court’s senate, when explaining the verdict on April 6.

However, the ruling is not valid yet as the prosecutor has appealed. He was originally demanding 25 years for Marček.

It is already the third verdict issued in connection with the murder of Kuciak and Kušnírová. Zoltán Andruskó, who mediated the murder, was sentenced to 15 years in prison. Marián Sehnal will spend three years in prison with a three-year condition for manufacturing the barrel and silencer for Marček, the Sme daily reported.