Foreigners with residence are also eligible for repatriations. 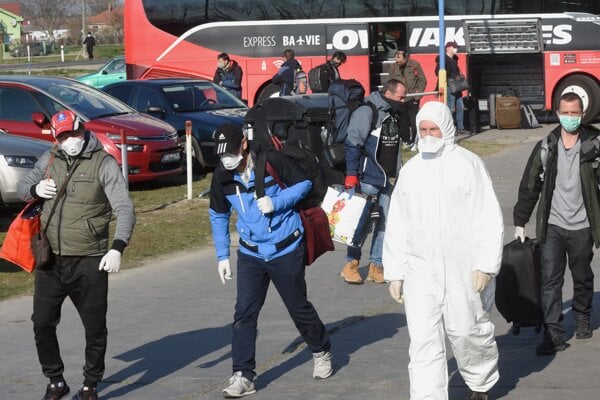 When Slovak student Denis Dufala arrived in Latvia in January for his Erasmus student exchange, he did not know his experience was going to be much shorter than he expected.

He decided it was time to leave Riga when he remained one of only five students remaining in the dorms. It was the second half of March. By then, some commercial flights had been suspended and European countries started closing their borders. Dufala applied for the repatriation flight organised by Slovakia's Foreign Affairs Ministry.

As of April 8, 2020, the ministry has assisted more than 4,000 citizens in returning to their homeland, the new Foreign Affairs Minister Ivan Korčok stated after he was appointed on that day. His appointment was three weeks after the rest of the ministers received theirs, because he too first needed to return home from the United States where he had been serving as Slovakia's ambassador, and wait out the two-week compulsory quarantine after his return.

“Among other things there is also the fact that many citizens did not use the possibility of organised repatriation or only requested it formally, as their usual residence is abroad,” ministry stated.

There have been cases of citizens who were repatriated and have since returned to the country they come from.

Slovak citizens and foreigners with exceptions may still return home on their own.

Heading to the state quarantine centre

Who are the foreigners that can enter Slovakia?

1. A close person to a Slovak citizen – husband/wife, a small child who enters Slovakia from Hungary, Austria, Czech Republic and Poland. They should have a birth certificate or marriage certificate with themselves (copy of the document is enough, if the document is not in Slovak, it should be translated, at least unofficially).

2. Foreigners with valid residence in Slovakia

4. Workers of diplomatic mission accredited in Slovakia and their close people (wife/husband and small children)

5. Foreigners who have an exception granted by the Public Health Authority of the Slovak Republic.

6. Foreign drivers of lorries who have CMR confirmation on loading and also unloading of vehicles for the purpose of loading goods and transit through an area of the Slovak Republic to another state without CMR document.

7. Drivers and crew of personal bus transport who conduct transport of repatriated people to Slovakia.

8. Drivers and crews of the healthcare service who transport patients and organs meant for transplants of blood and blood replacement.

9. Employees of the burial service who conduct international transport of human remains for purposes of burial and cremation.

They are required to fill in the due documents at navraty.mzv.sk (English version available).