Politicians need to be careful about their language too. 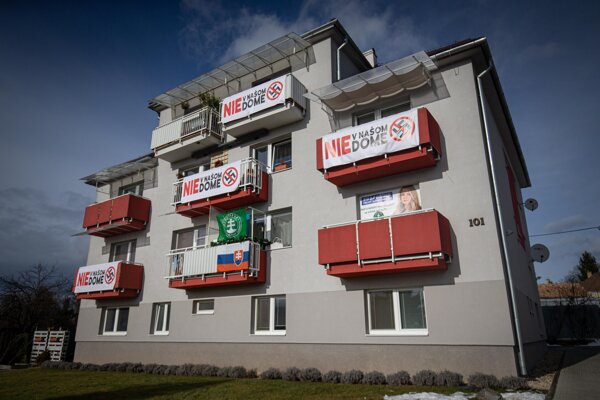 A little more than two months ago, the further rise of the far right appeared to be one of the main problems Slovakia would have to deal with. The COVID-19 pandemic has surpassed those fears for now, but opened room for others with regard to its aftermath.

Slovakia's experts on extremism do not see the pandemic as something that the far right can benefit from, which is also what numbers from the post-election polls suggest. But radicals may feed off the economic crisis that the coronavirus situation is expected to trigger.

“Extremism always flourishes when it comes to a crisis – economic, spiritual, psychological, the crisis of elites and so on,” historian Jakub Drábik of the Slovak Academy of Sciences, who authored the 2019 book Fascism, told The Slovak Spectator.

The government of Igor Matovič, which resulted from the election and was appointed amid the toughest anti-coronavirus measures and fears in Slovakia, can prevent the far right from emerging - if it employs good policies and cultivated communication, experts say.

It will be a challenge for the coalition of four parties, featuring parties like Sme Rodina and Ordinary People (OĽaNO) that have engaged in populist rhetoric in opposition. Sme Rodina is also a member of the Europe of Nations and Freedom, grouping with parties like Marine Le Pen's National Front and Matteo Salvini's Northern League.

What the far right says about the pandemic

Political scientist Tomáš Nociar, a leading expert on extremism in Slovakia, opined that the coronavirus situation does not favour the far right.

“In general, support of the far right grows when its topics resonate in society, to which it can effectively react using its ideology,” Nociar told The Slovak Spectator. He listed minorities, migration, crime and corruption as such topics.

The People’s Party Our Slovakia (ĽSNS) has in fact tried to link the COVID-19 pandemic with the topics it is comfortable and familiar with. They communicated a number of hoaxes to their supporters on Facebook recently, including that the disease was just a cover-up for a greater plan to fit citizens with nanochips to be injected with vaccination. ĽSNS leader Marian Kotleba and his MPs repeatedly called COVID-19 “a project”, blaming “immigrants” for bringing the pandemic to Europe.

Support for the far right not rising now