Green light for Matovič as pressure to reopen country mounts

The government got the MPs' confidence to carry out its plan. Experts say that if it does well, it can avert the threat of the further rise of extremism in the country. 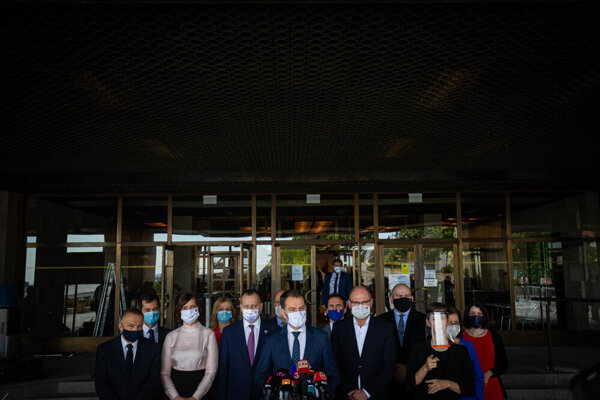 The government of Igor Matovič got its plan approved by the parliament on April 30. (Source: Sme - Marko Erd)
Font size:A-|A+21

The coronavirus is still dominating the news in Slovakia, but a look back at last week’s happenings proves the country has somewhat recovered from the initial shock as other issues are gaining more attention. The expectedly lengthy recovery from the anti-coronavirus measures is one of them.

Matovič gets a green light, but first things first

Most MPs of the ruling coalition demonstrated that they stand behind the programme statement that Igor Matovič’s government submitted for their confidence vote. On the last day of April they gave a green light to the Ordinary PM and his ministers to carry out their plans, which are more concrete in some areas than in others. 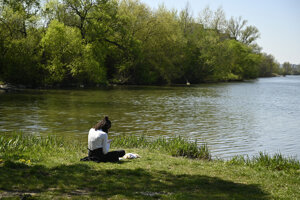 But first they need to get the economy back on track, or at least as close to being back on track as possible. The daily count of new coronavirus cases was in the single digits over the last week in Slovakia, prompting Economy Minister Richard Sulík to call for a faster reopening of the economy. He seems to have managed to persuade Matovič too, so much so that the prime minister even made a U-turn on Slovak Radio on Saturday, saying schools might open this school year, within two weeks even, if the numbers continue to be favourable. This sharply contrasts his statement from a few weeks ago, when he said with 100-percent certainty that schools would remain closed until the end of this school year. Governmental analysts have listed a number of reasons why schools should open, but it is epidemiologists who will have the final say, Matovič insists.