Negotiations start on holiday ‘corridor’ to Croatia, but health experts call for people to stay in Slovakia. 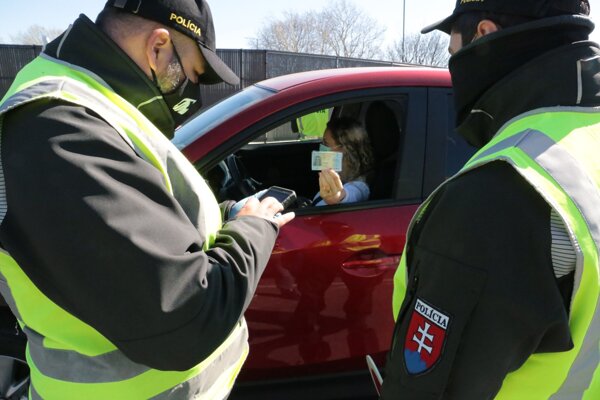 Restrictions at Slovakia’s borders with Austria, Czech Republic, Poland, and Hungary were extended until May 27, the government decided on May 7. (Source: SITA)
Font size:A-|A+18

Restrictions at Slovakia’s borders with Austria, Czech Republic, Poland, and Hungary were extended until May 27, the government decided on May 7, despite lawyers and rights activists raising questions over the legality of stopping foreigners entering the country.

Slovakia imposed strict border controls in March in a bid to stop the spread of the coronavirus.

At present, the only people allowed to enter the country are people transporting goods, Slovaks or foreigners with temporary or permanent residence in Slovakia and close family members, or people who live or work within 30km of the border and commute across the border from their homes to work.

But there have been growing calls for the restrictions to be loosened as they have left some families and couples split between two countries.

The World Association of Slovaks Living Abroad recently issued a statement calling on the restrictions to be lifted for Czechs and Slovaks, pointing out the close connections between many people in both countries.

Meanwhile, the Srdcom Doma (Heart at Home) initiative said that many Slovaks who want to return home from abroad are unsure whether they can bring family members who are not Slovak citizens, or foreign partners who they are not married to, with them into the country.

Activists, lawyers, and Slovakia’s Human Rights ombudswoman Mária Patakyová have questioned the legality of the strict border regime, pointing out that it has left families divided and that it is unclear under what legislation the original border controls were implemented.

“[The EU] directive about freedom of movement is still valid,” she told The Slovak Spectator.