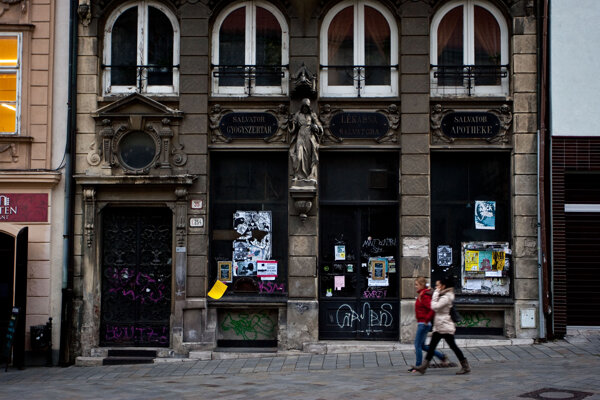 The Salvator pharmacy has been closed for more than two decades. (Source: Sme)
Font size:A-|A+83

“In the 1990s I used to go to the Salvator pharmacy; it was not only a beautiful historical place with a special spirit, but it was an excellent pharmacy as it mixed healing ointments prescribed by doctors,” said Helena Novotná, pleased to hear that the ownership-related disputes that kept the Salvator pharmacy in Bratislava closed and deteriorating for decades are resolved.

The dispute over the Salvator pharmacy has been a legacy of the wild years that followed 1989’s Velvet Revolution, which toppled the communist regime. Half the property, now assessed at almost €373,000, has ended in private hands, while the city holds the other half. On May 28, Bratislava councillors approved its exchange for another city’s property in the city centre, making the city 100-percent owner of the property.