Home of the Bloody Countess (from our archive)

Erzsébet Báthory was a barbaric torturer who drained virgin girls of their blood and then bathed in it. 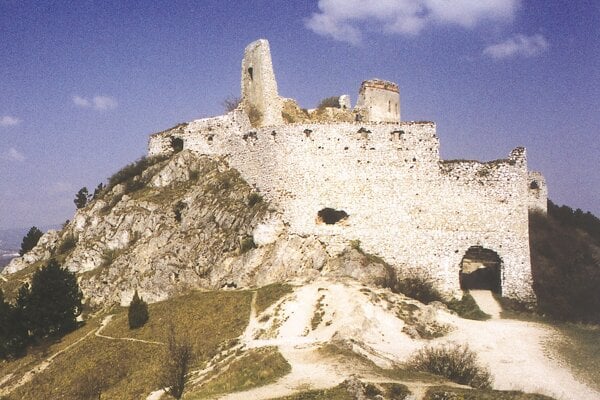 To get to Čachtice get off at the Nové Mesto nad Váhom station on the Bratislava-Košice train line. Take a local train to the village Čachtice (ten minutes), where a museum is found, then walk two hours to the ruin in the direction of Višňové. Or stay on the train one stop after Čachtice and get off in Višňové, from where the ruins are a short hike up the castle hill.

This is an article from our archive of travel guides, Spectacular Slovakia. We decided to publish this gem for our readers, making only necessary adjustments. Some of the writer’s observations have changed, but much still holds true. For up-to-date information and feature stories, take a look at the latest edition of our Trenčín Region Travel Guide.

Known as the ‘Bloody Countess’ and the ‘Beast’, she was one of the most notorious mass murderers in European history with over 600 victims. And during her reign of terror, she carried out her wicked deeds on modern-day Slovak soil, at Čachtice Castle.

Erzsébet Báthory was born to one of the oldest aristocratic families in Europe in the mid-16th century. But centuries of incest and intermarriage left this sadistic beauty with feral desires. She believed that by bathing in virgin blood her beauty would be preserved. What is more, she clearly relished torturing the girls before their deaths.

“One of the girls died in the coach (Báthory was travelling in). When this happened, Erzsébet had her held upright by servants, although she was already dead, and continued to beat her,” said Kateline Beniezky on 2 January 1611. An accomplice to the Bloody Countess, she made her statements during Báthory’s trial for mass murder. 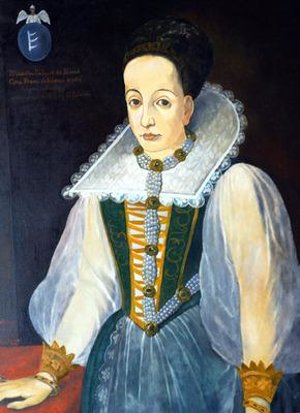 The charges against Báthory are numerous and grotesque. According to the graphic book The Bloody Countess by Valentine Penrose, she murdered some 650 virgins lured to the castle by promises of well-paid jobs and prestige. When they arrived, however, they were tortured and killed by the countess and her slew of cohorts, including evil confidante Dorkó, the dwarf manservant, Ficzkó, and the sorceress, Anna Darvulia.

Her torture methods show just how ruthless the Beast was. She cut off body parts and fed them back to her victims. She put the girls out in the castle courtyard naked in the snow, then doused them with water and watched as they froze to death. She used “pokers, red hot, and applied them to the face and nose of her victims, opening the mouth and shoving the red iron inside,” the dwarf testified. “One day the mistress placed her fingers in the mouth of one girl and pulled until the corners of her mouth split,” he added.

Another accomplice, Jó Ilona, said that she had seen Báthory “burn the vagina of some girls with a candle” and that tortures were so messy that afterwards “it was always necessary to wash the walls and floors”.

Dorkó reported that the mistress was fond of “ironing the soles of the girls’ feet with a red hot iron”. Once dead, the victims’ veins were cut open with scissors and their bodies totally drained of blood. The blood was collected in a tub for Báthory to bathe in.

The massacres persisted for untold years. Local peasants’ pleas for help were ignored because of Báthory’s lofty social status; in a time when families won their surnames, hers was derived from the Hungarian word bájor, meaning brave. The name was so distinguished that two of her cousins were kings, one of Poland and the other of Transylvania. 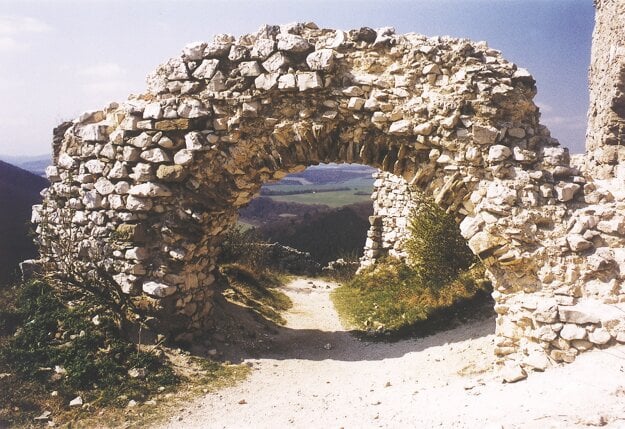 But as more and more girls disappeared into the castle, the call for action grew louder. Báthory paid no heed. Blinded by her unquenchable blood thirst, she even began killing the daughters of fellow nobility when peasant girls could not be procured.

It all came to a head on 29 December 1610, when her own cousin raided the castle and caught her in the act of torturing one of the girls. She was arrested, tried, and convicted for committing “frightful crimes against female blood”. But she was not put to death - her name saved her from that fate. Instead, she was sentenced to perpetual imprisonment entombed in a room in her castle.

Her accessories did not get off so easily. Jó Ilana and Dorkó had their fingers “ripped off, because they have by means of these fingers committed crimes against the female sex,” read the conviction. They were then thrown alive into a burning pit, although Jó Ilana fainted after her fourth finger was torn off. The dwarf was given a “more lenient punishment”: he was first beheaded, then thrown into the fire.

Alive in a tomb

Meanwhile, the Bloody Countess withered away in uninterrupted solitary confinement. “Some stone-masons came and one after the other they walled up with stone and mortar the windows of the room in which Erzsébet was imprisoned,” wrote Penrose.

“And so she saw the light, little by little, progressively diminish. The prison rose up around her. They left only a narrow band of daylight very high up, through which she was able to see the sky. The workers then built a thick wall in front of the door, leaving only a slit to permit passage of food and water.”

The Bloody Countess lived sealed in the tomb for three and a half years. Her only company was her victims’ ghosts and the bats that flew in through the lone hole high up on the wall to sleep hanging from the curtains. On 21 August 1614, she died at the age of 54.

“Dead suddenly without crucifix and without light,” wrote István Krapinai in one of two surviving testimonies of her death. “It was bad weather that day. There was a furious wind. It seemed as though witches had died.”

All that remains today of Báthory is her legend and her crumbling castle ruin above the village Višňové. Among these ruins is a certain room. It is circular and dug deep into the soil. There are no doorways, no designed entries whatsoever. But high up on the wall is a slit, a lone window which would have permitted a single thin band of light to penetrate the Bloody Countess’s prison.