If one judges architecture by whether people want to call it home, then Petržalka doesn't work. 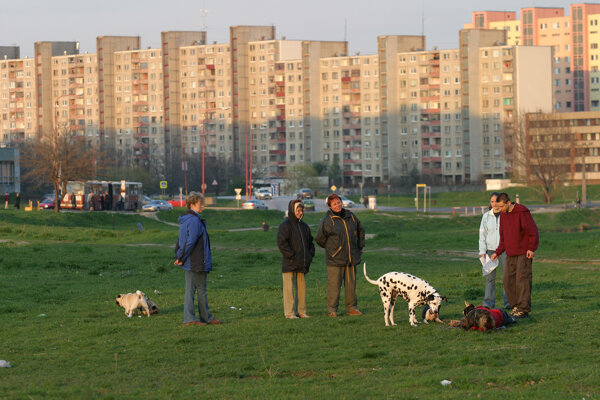 This is an article from our archive of travel guides Spectacular Slovakia. We decided to make this gem available to our readers, making only necessary adjustments. Some of the writer’s observations from the year 2004 have changed but much still holds true. For up-to-date information and feature stories, take a look at the latest edition of our Bratislava City Guide.

No discussion of Slovak architecture can pass over what happened in the second half of the 20th century.

Communist-era rulers, to an even greater degree than post-war city planners in the west, embraced a kind of anti-aesthetic, with utility and thrift the supreme values. A vulgarized form of functionalism held sway: the basic shape for organizing human life became the rectangular block. The contrast to the self-aggrandizing flair of the old royal elite could not have been clearer. Equally stark was the break from the vernacular styles favoured by village-dwelling peasants for centuries.

As the Slovak part of Czechoslovakia industrialized rapidly in the 1950s and 1960s, villagers migrated in droves to cities. The cheapest and quickest way to accommodate them was to construct towering blocks of flats, clumped together so that essential services could be delivered to them as efficiently as possible. Thus in nearly every Slovak city, you see beautiful old-town squares ringed by modernist jungles of tower blocks.

Bratislava probably presents the starkest example, although the competition is fierce. Enter the city, as so many foreigners do, on the road from Vienna, and the first thing you see is Petržalka, a vast, undifferentiated mass of off-white tower blocks, plunked down south of the Danube across from the old town. The government reportedly built the complex as a quick-fix to a population boom. Decades later, Petržalka is a permanent part of the landscape. It houses 150,000 people - more than a third of Bratislava's population. Its suicide rate is the nation's highest. Surely, Petržalka represents a massive failure of architectural imagination.

A few hundred meters away, across the river, lies the relatively tiny Old Town, packed full of architectural treasures from the past.

There are many vistas in Bratislava that lay bare its bipolar architecture. Starting at the Presidential Palace, walk down Staromestská ulica toward the river. On the left looms the spire of St. Martin's Cathedral, coronation church of the kings and queens of Hungary for 250 years. On the right is the stately Bratislava Castle. Between the two, a strange object floats, like a '50s-movie flying saucer. It's the café atop the support beams of New Bridge, built in the 1970s-era functionalist frenzy that saw the creation of Petržalka.

The new bridge was built to link Petržalka to the rest of Bratislava. It's construction required the destruction of 226 buildings in Old Town, including a synagogue. The four-lane road it feeds is squeezed between the castle and cathedral. The road's vibrations are steadily damaging the cathedral, one of Slovakia's Gothic treasures.

There's a point when functionalism becomes its opposite: dysfunctionalism. If one judges architecture by whether people want to call it home, then Petržalka doesn't work. The New Bridge, the construction of which sliced the Old Town in two, is a permanent blunder, a testament to the arrogance and blindness of unchecked power.

Not every piece of post-war architecture in Slovakia is contemptible. The train station in Poprad, for example, takes lots of abuse. Chris Togneri, a former Spectacular editor, called it "an ominous, rusty structure hovering... above the tracks."

I had a different impression. The train station works. When you walk out onto the street, you know where the town center lies. When you wait for a train, the sunny, glass-walled overpass offers a pleasant view over the tracks. The Poprad train station, unadorned though it is, gives you the feeling that you are somewhere.

The train station in Prešov, by contrast, is a study in dysfunctionalism. The tracks lie on street level, yet the station's designers saw fit to herd passengers downstairs, into a dim, labyrinth that connects the train and bus stations. For the disabled or those carrying heavy luggage, being forced up and down stairs is an insult. Exits from the maze are marked but don't indicate which path leads to the town center. "Where am I?" you ask as you muddle through the crowds. The answer is the same in all the world's functionalism-gone-awry spaces: I am nowhere. 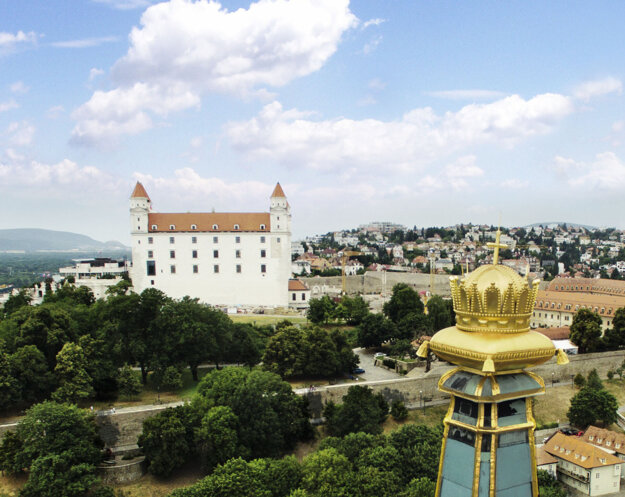