The Communist-era architecture of Petržalka isn't so bad. It is, at least, more attractive than the American strip mall. 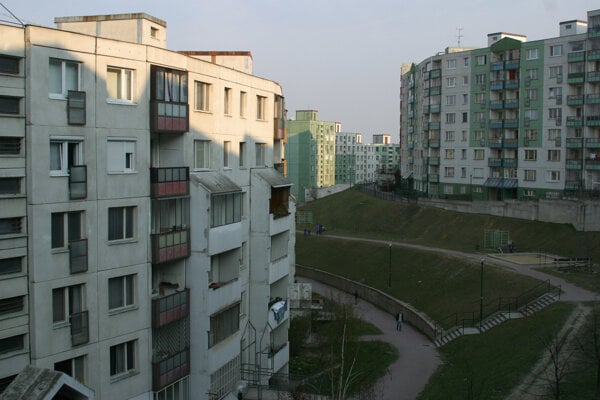 This is an article from our archive of travel guides Spectacular Slovakia. We decided to make this gem available to our readers, making only necessary adjustments. Some of the writer’s observations from the year 2004 have changed but much still holds true. For up-to-date information and feature stories, take a look at the latest edition of our Bratislava City Guide.

Seven years ago, I stepped out of a small Škoda on my first night in Europe expecting to find cobblestone streets, castles and smoky cafés.

What I got instead was Petržalka, a section of Bratislava, south of the Danube, where hundreds of high-rise apartment complexes seem to stretch into infinity.
Massive walls of concrete surrounded me. I craned my neck, trying to figure out where it ended. Immediately I began wondering if I had made a mistake in moving to Slovakia.

I lived in that gloomy tangle of concrete for six months. I hated it. It was gray and depressing. I'd expected Europe to be a romantic movie, not Petržalka.

Over time, I came to realize that the Communist-era architecture of Petržalka isn't so bad. It is, at least, more attractive than the American strip mall, a soulless example of 'Capitalist architecture' all the rage in the U.S.

To better understand Petržalka, it is important to note that the first people to move there were poor villagers seeking work in the capital. Their homes in villages had been rudimentary and sparse. So to suddenly find themselves in modern flats was a decided upgrade. For the first time, they had amenities like heating, plumbing, running water and electricity.

Furthermore, while it is not beautiful in the traditional sense, Petržalka is undeniably fascinating. Take a bus into the middle of Petržalka and look around. In some places, you face 360 degrees of solid concrete. On an overcast day, the line between sky and building becomes blurred. An icy fog wafting off the Danube - a common scene in the wintertime - adds to the unique allure. Petržalka can be mysterious and strangely poetic. Andy Warhol would have loved it.

Tom Philpott wrote: "If the criterion is whether it succeeds in creating a space that people want to call home or not, then Petržalka doesn't work." I've heard that before - it is an observation common among Western transients, i.e. people who don't live there.

Those who do live there tend to be more pragmatic. Indeed, "it works" is a common theme among natives. Petržalka houses tens of thousands of people in comfortable flats. And they are conveniently located right across the river from the center of Bratislava. In my four years in Slovakia, I never met anyone from Petržalka who hated being there.

Other examples of Communist-era architecture, however, cannot be defended. Three structures in particular come to mind.

First is the unfathomable edifice in front of the National Gallery in Bratislava. To stand in front of it is to have your breath taken away by its utter stupidity. A megalomaniac addition, it clashes horribly with the distinguished original gallery, blocking out the elegance of the multi-leveled arches in the courtyard behind. Building this thing was a crime. The architect should have been thrown into the Cage of Shame in Levoča.

A room in that cage should also be reserved for the designer of the Hotel Panorama in Štrbské Pleso. It is simply impossible to explain a design so awkward and angular, backward in nature and upside-down in thinking. It was as if the Communist brass strove to say, "We know it's horrible, we know it makes no sense at all, and we know it's alienating and offensive ... but we're in charge, and we call the shots."

And then there's the infamous train station in Poprad. Philpott defended the structure, writing: "You know where you are when you arrive." On the other hand, Philpott wrote, the Prešov train station is a "study in dysfunctionalism" with "a dim, labyrinth arcade ... 'Where am I?' you ask yourself as you muddle through the crowds and the shops."

I disagree. The Poprad station is an ominous structure hovering beside and above the tracks. Any benefits in functionality are trumped by its unpleasant design.
Furthermore, Slovakia is a small country. Its train stations are easy to navigate. If getting out of any Slovak train station is a challenge for a visitor, then maybe that visitor is not suited for this country. After all, Slovakia is off the traditional tourist path. This is why we love it. It requires effort. And that effort is rewarded with something different and beautiful - depending on how you look at it. 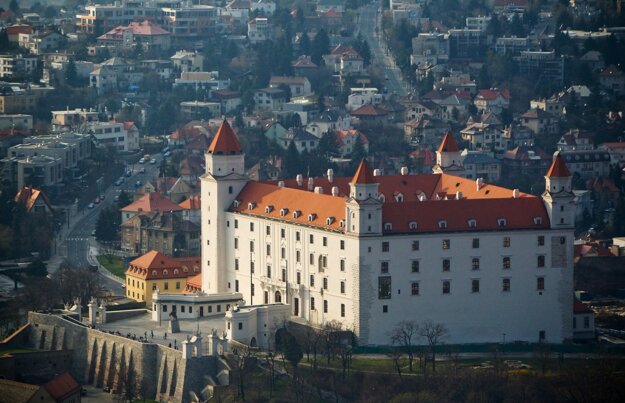