Another bikesharing project has started in Bratislava 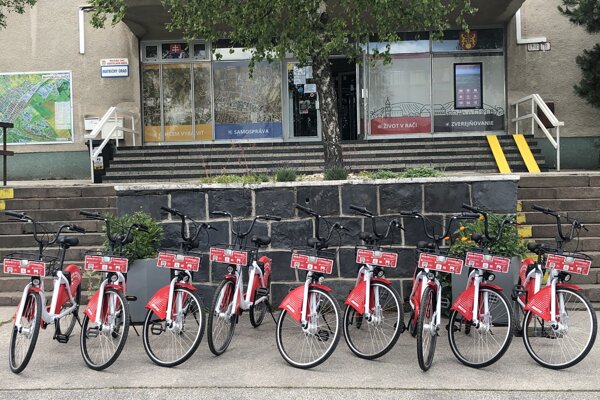 After shared green electric scooters and white electric mopeds launched earlier this year, red bicycles have extended the group of alternative transport means in Bratislava. For now, they are available in the Bratislava borough of Rača, while some other boroughs ponder joining this service.

The Bratislava bike community welcomes the launch of another bikesharing scheme in the city.

“It’s another step to sustainable mobility in Bratislava,” Dan Kollár of Cyklokoalícia (Cycling Coalition), the civic association behind the first bikesharing project in Bratislava, told The Slovak Spectator. “We are curious about what the first numbers will be, but we assume a high interest either in rides within this borough, as well as riding in more remoted parts of Rača, to public transport stops and the followed usage of trams or buses to get to the city centre.”