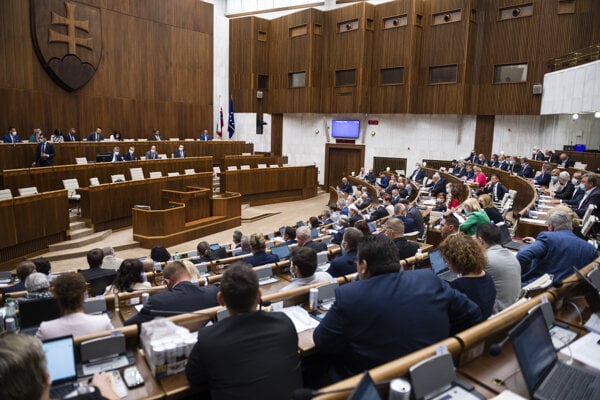 After several coalition legislators, most of them from the major governing OĽaNO party, backed amendments to the abortion law submitted by the extremists, two minor governing parties have raised a finger.

Out of the 17 coalition MPs who voted for the proposal of the far right ĽSNS, 16 were of the OĽaNO caucus and one from the Sme Rodina party. Freedom and Solidarity (SaS) and Za Ľudí question this as a breach of the coalition agreement.

Freedom and Solidarity (SaS) MP Anna Zemanová wrote on Facebook that by voting for an opposition proposal, a total of 16 OĽaNO and 2 Sme Rodina MPs breached the coalition agreement and “crossed the line”. Za Ľudí MP Jana Žitňanská holds a similar opinion.