Štúrovo: The great misnomer (from our archive)

Esztergom boasts of both an enormous basilica and a popular aquapark. 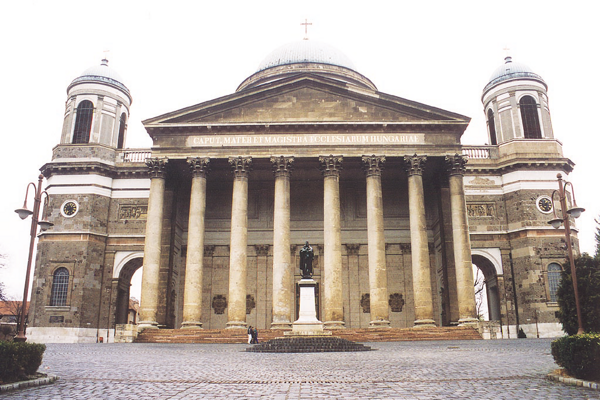 This is an article from our archive of travel guides, Spectacular Slovakia. We decided to publish this gem for our readers, making only necessary adjustments. Some of the writer’s observations from 2002 have changed, but much still holds true. An aquapark was developed in Štúrovo and is now one of the most popular family attractions in Slovakia. For up-to-date information and feature stories, take a look at the latest edition of our Slovakia Travel Guide.

The best thing about Štúrovo, I regret to inform, is Hungary. This is not how it should be. The city is, after all, named after the greatest of Slovak heroes: Ľudovít Štúr. A writer, teacher, politician and revolutionary, Štúr rallied Slovaks in the 19th century in their struggle for self-determination. His entry in the ‘Beliana Slovakia and the Slovaks’ encyclopaedia reads inter alia: “The most significant personality of the Slovak national movement... a gifted student and active organiser... pioneer of romantic literature in Slovakia... established the foundations of modern Slovak culture...” It goes on and on.

Perhaps most notable on his long list of achievements was that he codified the Slovak language. It therefore seems a trifle odd that an obscure little town where the language of choice is Hungarian should be named after Ľudovít Štúr. But it is.

This is a pity because Štúrovo is a mere afterthought compared to the Hungarian city Esztergom just across the Danube. There is nothing of note in Štúrovo besides cheaper prices than the Hungarian side, an outdoor public bath, striking views of Esztergom’s enormous basilica, and a pub that has as its centrepiece a luxury car with its top cut off.

Luckily, Esztergom is easy to get to: just walk across the newly constructed Mária Valéria bridge. After being destroyed in World War II by retreating German troops, the bridge took 57 years to be rebuilt as the Hungarian and Slovak sides rarely seemed interested in recreating the link. But it was finally opened in 2001 after each country chipped in five million euro to go with a 10 million euro grant from the European Union. Whereas locals and visitors beforehand had to rely on a ferry to cross the water - or take a 108 kilometre drive through Komárno - they can now stroll five minutes into Hungary. 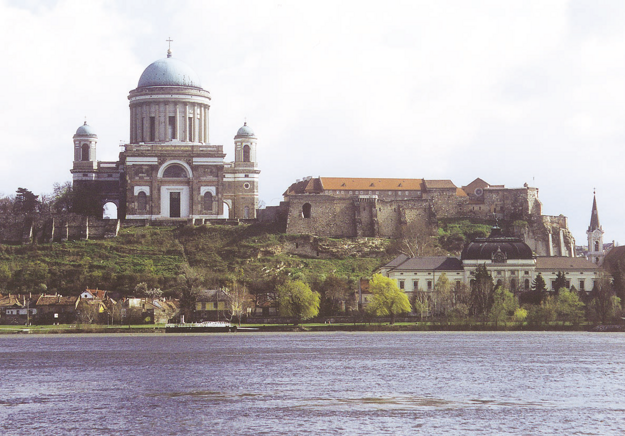 The basilica is huge. For a clear illustration of its enormity, take a step inside. The church is 118 metres long and 40 metres wide with foundation walls dug 16 metres deep. The internal height of the dome is a staggering 71.6 metres.

Esztergom is one of the oldest and most historically significant Hungarian cities. The first king of Hungary, Stephen I, was born here sometime around 970, and it was the capital of the Hungarian Kingdom until 1256. Invading Tartars halted the town’s growth and prosperity in 1242 when they destroyed most of the city, although they were unable to capture the castle. Inhabitants who could, found shelter during the raids behind the castle walls. When the Tartars left, King Belo IV transferred the royal seat south to Buda.

The city was struck again in 1541 when Ottoman attacks to the south forced the Archbishop to move the archdiocese to Trnava. Two years later, the Ottomans took the town and held it till 1595. After being briefly driven out, they returned in 1605 and recaptured the city. This time, they kept it under Turkish control until 1683.

Once the city was back in the Hungarian Kingdom fold, the governor of the castle set to strengthening fortifications. So he had 200 houses below the castle demolished and used the material to bolster defences.

Fortunately, some of those old buildings were spared and are today remarkably intact. On a little slice of land between the castle and the Danube are several baroque, rococo and neo-classical homes in an area of town known as Viziváros, or Water Town.

The city began to flourish again in 1708 when it was granted the privileges of a royal borough. A century later, the Archbishop’s seat was returned to Esztergom.

But in 1876 locals were stunned by the king’s decision to revoke their royal borough privileges. Esztergom, it was discovered, had fewer than 15,000 residents. Too small to be considered a royal borough.

More turmoil came in 1956. That year, the city was the centre of an anti-Communist uprising, led by Archbishop József Mindszenty. The Communists quickly crushed the budding revolution, and the seat of the Archbishop became a largely symbolic title as any real power it had before was now denied. Regardless, Mindszenty is today considered a hero. His casket can be viewed in the bowels of the basilica, and thousands of Hungarians participate in a national pilgrimage to the basilica every first Saturday of May. The event marks the death of the Archbishop.

One could easily spend a whole day in Esztergom pondering the city’s rich history, Castle Hill, Water Town and the Danube riverbank. I know I did. The basilica alone makes the trip worthwhile. You simply will not find a church in Slovakia to match the Esztergom Basillica. The only drawback to the city, as far as I could tell, was the disappointingly bland city centre. No real square, and cars everywhere. But with that castle hill and river, who needs a city centre?

Back on the Slovak side of the river, I begged the city named after the great Štúr to engage my interest, if only for a moment. Honestly, I tried. I spent a whole day trying. But the main square is nothing more than a road with a patch of grass in the middle; there were no museums, no fancy churches. I scanned a city guidebook to see if I had missed anything: It told me that the most significant piece of town architecture was a VÚB bank.

There were, however, plenty of paneláky and smokestacks. And a bar where a Mercedes Benz is part of the furniture. The two front seats have been turned backwards and a small table sits where the gearshift might otherwise. It seats four comfortably.

But not even this curiosity could occupy the imagination past one drink. So back to the river I went as the sun was setting to enjoy once more the best part of Štúrovo: the view across the river to Hungary. 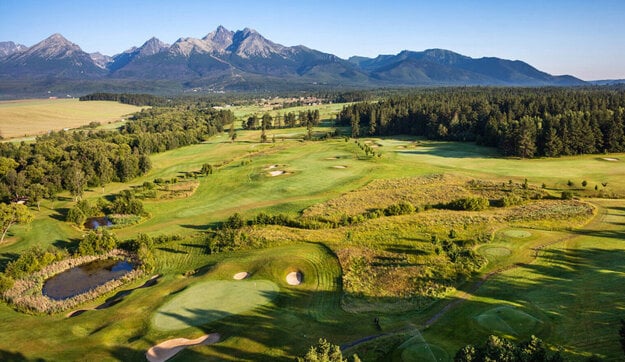