A hiker’s heaven and a show-case for folk architecture with well-preserved miners’ houses. 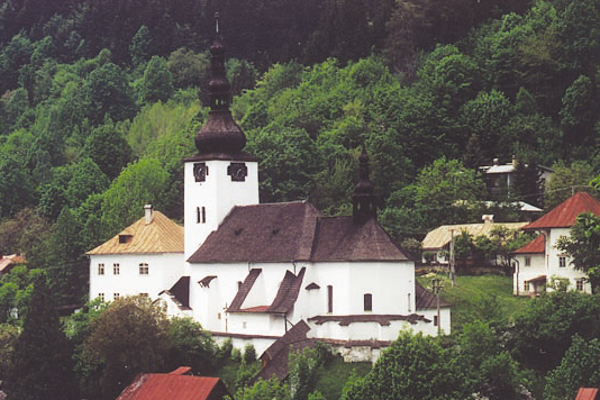 This is an article from our archive of travel guides, Spectacular Slovakia. We decided to publish it for our readers, making only necessary adjustments. For up-to-date information and feature stories, take a look at the latest edition of our Slovakia Travel Guide.

As with Čičmany and Vlkolínec, it is hard to believe that people actually live in Špania Dolina. In the dense forests of the Low Tatras, this tiny village, with its wood-topped church, miniature cottages and small brooks, seems more like a fairy tale than a scene where real life happens.

But Špania Dolina is in fact a real place, albeit a living museum. The former mining village is one of the country’s cultural treasures.

Standing on the main square, visitors are first struck by the church. A covered stairwell with 161 steps leads past a faded Jesus mural up to the house of worship. Jutting above the village below, the church is noteworthy for its white walls and wooden roof and tower.

Back down on the main square is the klopačka tower. When the hills around Špania Dolina were rich with iron ore (mining began as early as the Bronze Age), it was in this tower that mine foremen signalled the start of the working day by pounding a mallet on a resonant wooden board, creating a timbre that could be heard throughout the village. The hills ran dry in the 19th century and today, the klopačka is a cultural monument that serves as a cheerful hotel and restaurant.

When mining here ceased locals took up the art of lace-making, and Špania Dolina quickly became known throughout the Austro-Hungarian Empire for its fine craftsmanship. In 1893, trade schools were set up in Staré Hory, Kremnické Bane, Hodruša and Špania Dolina. Merchants sold the valued bobbin-lace to the southern reaches of the kingdom.

While the lace is specifically Slovak, the method is actually a foreign hybrid. Lace-making was introduced to the area by miners of Czech and German descent, and by Croatian colonists who had fled north to escape the Ottomans. These combined influences resulted in a lace distinct to central Slovakia, and a tradition which continues even today: on warm days, elderly women sit in their gardens here weaving their patterns. 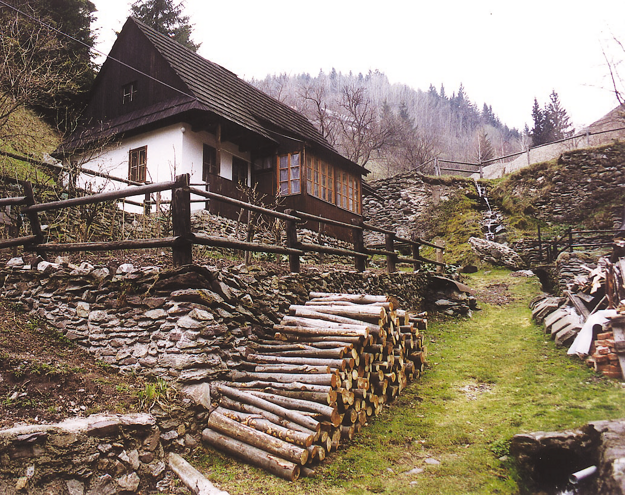 Špania Dolina’s last historical upheaval is commemorated on the main square where a monument honours the 15 locals who died fighting the Nazis in the Slovak National Uprising. The guerrilla soldiers are listed on the monument with their dates of birth and death. Fifteen may sound like a relatively small number, but Špania Dolina today has a population of just 144; nearly ten percent of its population died in the Uprising while roaming the vast forests and mountains.

Today these hills offer some of the best hiking in the country. Staré Hory is two and half hours away by foot, Donovaly four and a half.

Banská Bystrica is less than a three-hour hike. After a 40-minute climb to the ski resort Šachtičky, the trail hugs a ridge above Špania Dolina. On a clear day, this stretch offers what may very well be the most romantic view in the county: the snow-capped peaks of the Veľká Fatra and Low Tatras in the distance, with the unforgettable hamlet Špania Dolina tucked into the forested valley below. 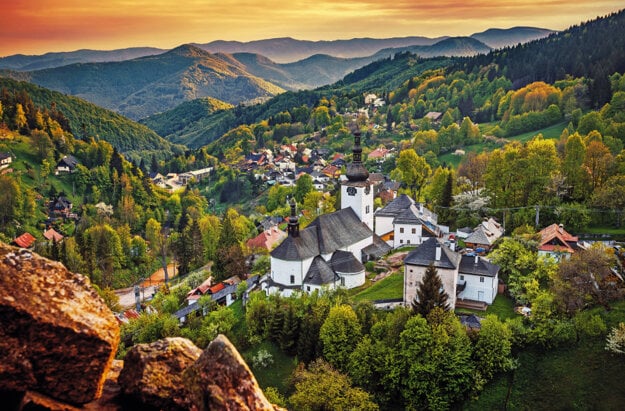