The revival of Slovak rugby championed by French player

Having first discovered Slovakia thanks to Erasmus, Charles Cimetière returned to popularise rugby. 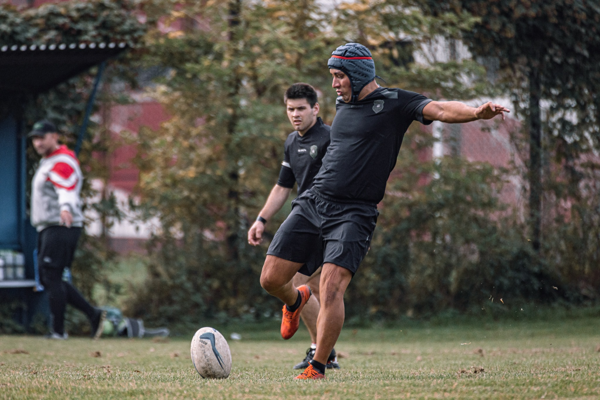 French Charlie Cimetière came to Slovakia for the first time in 2009, spending his Erasmus in Bratislava. (Source: C.C.)
Font size:A-|A+92

Even though he was prevented from pursuing a professional rugby career, French-born Charles Cimetière did not give up on his deep-seated obsession, and, once settled in Bratislava again, founded a local rugby team.

Now an accountant working for a Finnish company, he tasted life in the Slovak capital for the first time in 2009 when he studied economy for a year there. The fact that Slovakia adopted the euro that year convinced him to move to Bratislava rather than to the Polish city of Wrocław.

“Totally exhausted, I got off a bus after crossing half of Europe and saw time-worn buses and trams,” Cimetière recalls his first day in what was then unknown eastern Europe.

A bad first impression, nonetheless, did not dash his hopes, even though it was his first time living outside of France for a longer period of time. Instead, he immediately began to google a local rugby team so that he could explore Slovakia and its culture through the sport, which he has played since secondary school.

Four years later he returned to Slovakia - because of love – and has not left ever since, settling down near Bratislava with his rescue dog, Stella, and educating Slovaks on the sport and culture of rugby in the Rugby Klub Bratislava (RKB), which he founded in 2015, and elsewhere.

Yet, he himself does not feel like a Slovak, noting wittily he would not want to eat halušky forever.

“I feel like a European first and foremost, then a citizen of Bratislava,” Cimetière, proud of the French culture and cuisine, claimed.

Eleven years ago, he was not familiar with the Slovak national dish. In fact, he did not know much about the country. He considered Slovaks to be “very cold, distant and selfish” back then.

When asked why he had reckoned so, Cimetière said: “I thought you were big fans of Vladimir Putin, sticking to the East rather than to the West.”

A big gap in history teaching at French schools, he believes, was the reason why he held that opinion. But the Erasmus experience, meeting people from the Visegrad Region and former Yugoslavia, was eye-opening to him. 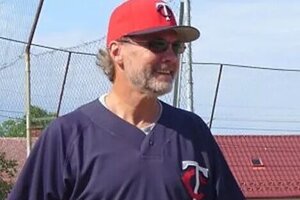 Over the years spent in Slovakia, he has also brushed up on his Slovak language skills. Cimetière even learned the French word cocotte, which means “darling”, should not be used, for instance, on a tram; otherwise, you could risk being called a rude person.

Although Cimetière enjoys his life in Bratislava, claiming that he has never experienced xenophobia, he would like to see improvements be made within the Foreigners’ Police and customer services, whether in offices or pubs.

“I often come across upset or angry cashiers at supermarkets,” he said, adding that the still present post-communist behaviour upsets him.

The launch of rugby clubs in Slovakia

The Bratislava-based French man, however, loves the country’s nature and time spent on the Danube River, windsurfing. Still, it is rugby that has always taken up half of his time, even in Slovakia.

He joined the rugby club, Slovan Bratislava, in 2009 for the first time and re-joined it for two more seasons after his return to Slovakia before founding his own RKB club, bringing together expats and locals.

Although the history of rugby in Slovakia dates back to 1925 when the first rugby club in Czechoslovakia, ŠK Slávia Bratislava, was established, it has been at a severe disadvantage to date. Cimetière, nevertheless, managed to bring several small rugby clubs to life in the country, including the teams in Bardejov, Nitra and Piešťany, which are now a part of the Slovak Rugby Union.

“My ambition is to set up a permanent system of coaching,” the French rugby player and coach claimed.

Opening a rugby academy, he said, could help enthusiasts acquire the necessary know-how and build quality teams and clubs in Slovak regions. The sport, however, is not of interest to municipalities and sponsors. The Education Ministry allocated €30,000 to the Slovak Rugby Union in 2020, out of €53 million divided up among different sports associations, but it is unclear how the funding is spent. 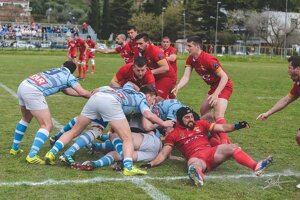 Read alsoRugby and football – there is a difference Read more

Despite receiving no pay for his time invested into the popularisation of rugby, he wants to continue his voluntary work around the country, which means Cimetière may stay in Slovakia for some more years.

“It looks so,” he laughed. “I’m trying to finish Napoleon’s job [who besieged Bratislava for a month, unsuccessfully, in 1809].”