A world of its own. Bratislava’s highest point is unique in every season

Devínska Kobyla is unparalleled in its botanical, entomological and paleontological value. 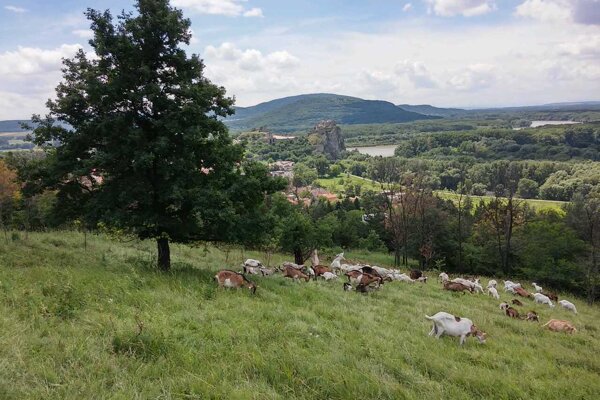 The best time to visit the Devínska Kobyla is early spring. While heaps of dirty snow are still flanking the streets of Bratislava, the south-western slopes of this massive hill with a view of the Morava River far into Austrian fields or even the Alps if the weather is merciful, are abuzz with life.

On sun-heated rocky meadows of this protected nature reserve just a few kilometres off the very centre of the Slovak capital, softly hairy purple pasqueflowers and bright yellow pheasant’s eye are blooming and visitors have to be careful not to step on mating violet oil beetles.

A few weeks later, they can admire rare orchids or the blossoming golden feather grass blowing in the wind. Or they can just stop by Sandberg and imagine the sea that once existed here. They can also walk the replica of the labyrinth from the famous Gothic cathedral in Chartres in the Waitov Lom Quarry or climb the recently erected lookout tower in the former military area. 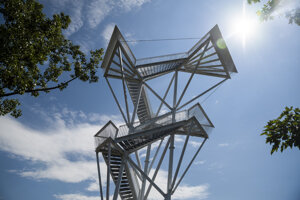 The 514-m Devínska Kobyla Hill is the highest point of Bratislava, as well as a distinctive piece of nature featuring extensive botanical, entomological and paleontological values.

“Devínska Kobyla is exceptional for its incredibly high diversity of plants tied to an open, non-forested environment,” entomologist Marek Semelbauer from the Institute of Zoology of the Slovak Academy of Sciences told The Slovak Spectator. “It is the only place of occurrence in all Slovakia for several plant species while animal species, mostly invertebrates, number 5,000.”